Home Lifestyle 6 Most Beautiful Cycling Routes In The World
Lifestyle

6 Most Beautiful Cycling Routes In The World 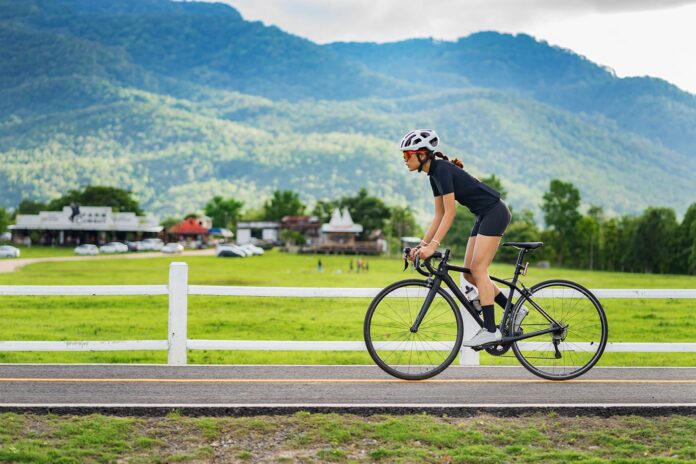 Looking for time for an unforgettable cycling trip? Or are you just imagining yourself on one of the most beautiful trails in the world?

We offer you 10 bike routes – from the easiest to the most advanced – and what you need to consider when planning a bike trip. From a stunning solo road to travel filled with the culture and atmosphere of a big city, from the northern edges to the scorching deserts, here you will find a route for all tastes.

Read on and get inspired!

1. Get to know another India

In the north of India, among the formidable Himalayas, one of the most impressive roads in the world makes its way – from Manali to Leh. It was laid by the Indian army to control the “difficult” borders with China and Pakistan. The strategic road “works” 4 – 5 months a year, the rest of the time the passes are packed with snow. Most often people drive from Manali to Leh by off-road vehicles. Daredevils travel 479 kilometres on motorcycles. Top class – to go all the way on a bicycle: such a feat to be proud of.

The first pass on the way – Rotang (3,978 meters) – was chosen by Indian tourists: they take pictures on snowfields and ride horses in funny rolling fur coats. Only a few travel further than Rattan, so there is a chance to be alone on the other three passes with heights from 4892 to 5325. If the climbs are tough, cheer yourself up with the fact that Leh is waiting for you – an ancient trading city with Tibetan-Buddhist culture, lively and atmospheric, like the real Tibet.

2. Get into a fairy tale from “Thousand and One Nights”

Where: Through the Atlas Mountains to the Sahara, Morocco

Getting out of Marrakech is not easy: the labyrinths of the medina tighten no worse than quicksand. But if you make an effort on yourself, it turns out that the countryside is no less exotic and even more beautiful. The popular cycling route starts from Marrakech, climbs the Atlas Mountains, and then rolls down to the dunes of the Sahara, where enthusiasts can change to camels. On the way, you will find endless serpentines through fantastic mountains, oases and Berber villages, as well as adobe Kasbah fortresses and litres of sweet mint tea.

It is better to choose the lightest clothes, but with long sleeves, so as not to burn out in the Moroccan sun. For an independent check-in, you should take a tent, which looks especially impressive next to cacti. After the bike ride, indulge yourself in the hammam and bargain in the bustling bazaars.

3. Compare the deepest lake with its “younger sister”

Where: Baikal, Russia and Khubsugul, Mongolia

A classic cycling holiday on Lake Baikal is Olkhon Island with its secluded bays, rocky capes and places where shamans still gather for rituals. Cross to Olkhon by ferry, and then you can stop in the village of Khuzhir and explore the surroundings, or travel in any direction, sleeping in a tent.

Another option is to cover two famous lakes at once: Baikal and its “younger sister” – Khubsugul in Mongolia. You can start the 240-kilometer journey in the village of Kultuk on the shores of Lake Baikal – at the same time you will try smoked omul at the local market. There is a good asphalt road to the Mongolian border. At first there are few cars, but soon they disappear altogether, leaving you alone with the beauty of the Tunkinskaya Valley, surrounded on all sides by mountains. You can spend the night in a tent or in villages along the way. After the border with Mongolia, the road deteriorates, but Khubsugul is worth it. The minimum program is to get to the lake and relax at the campsite. The well-trained venture out on a 175-kilometer adventure along the east coast, rewarding divine views and a toned body.

Cut through the city on this 6.4 km path connecting two of Sydney’s most iconic bridges, the Harbor Bridge to the north and the Anzac Bridge to the west. Take advantage of the bike path across the Harbor Bridge before joining the Kent Street bike path, starting at the foot of the Sydney Observatory, one of the harbor’s best vantage points. Cycle lanes keep cyclists safe from the Pyrmont Bridge and then to Anzac Bridge for great views of Johnston Bay.

This route is a great way to spend the weekend with your family. Pack launch in your backpack, put sunglasses on and hit the road! Don’t forget that good quality kids bikes are a must have for this kind of adventure. And the bikes for the grownups are no exception.

5. Find trolls in the Norwegian mountains

Rallarvegen was used by workers when they built a railway line from Oslo to Bergen in the early 20th century. The technical route would not have been needed if cyclists had not reached out to fabulous places. Now the 82 km long Rallarvegen is Norway’s most popular cycling route. Mountains in snow caps, green forests, transparent rivers, lakes and waterfalls – the northern beauty is breathtaking.

Theoretically, the entire route can be covered in a day, but it is better to stretch the pleasure for at least two or three days. The Rallarvegen road begins from the Haugastol station at an altitude of a thousand meters, rises another 343 meters to the lake, and then rushes down to the fjord itself. In some places the path is so steep that you want to walk it, even if you are moving in the right direction – from top to bottom. In July and August, snowfields still lie right on the road, but overcoming them is more fun than difficult.

Rural roads with pastoral views, vineyards, charming towns and villages, incredible cuisine – that’s what a bike ride through the valley of the longest French river is all about. The entire route along the Loire is 800 km. You can choose any piece and come for at least a couple of days: take a ride between a couple of cities and look at the famous castles of the Loire, surrounded by well-tended gardens.

There are almost no climbs along the way, so even families with children can ride along the Loire Valley. Do not put too many things in your bag: firstly, it will be hard, and secondly, goat cheeses and rosé Angevin wine, which you will buy along the way, will not fit.

For cyclists, even the most textbook places open up from an unexpected angle. Plus, cycling is easier than it sounds. You don’t need to be an athlete to cycle European bike paths or Norwegian cities. And if you practice a little, then the Himalayas are on the shoulder. Relax. Just start on a route you can handle and set yourself up for a great adventure.

If you have decided that it's time for your home to undergo soft washing services, then you'll need to get it ready for the...
Read more
Lifestyle

Whenever you need to build a strong visual brand for yourself or your business, hiring an image consultant is a smart move. These experts...
Read more
- Advertisment -