What are the Best 15 Graphic Design Companies? 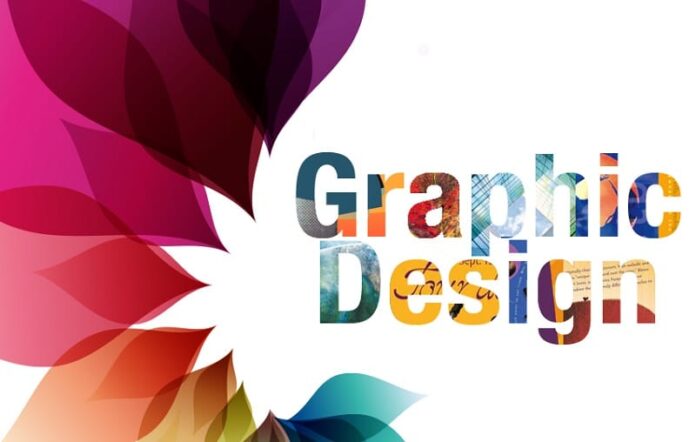 The digital industry has changed the business world dramatically. All businesses require a mandatory digital presence to gain their target audience’s attention to convert them into clients. The trick is to develop such visual designs that arrest the audience’s interests. This is only possible through a stunning graphic design visual. This is where the services of a graphic design agency come into play.

Graphic design has undergone tremendous evolutionary changes since the advancement of the digital industry. It has been sought by a multitude of clients ranging from entrepreneurs, businesses, and entertainment. Many talented, experienced, and skilled graphic designers working in these graphic design agencies have rendered their services to their clientele and exceeded their expectations every time. While there are thousands of graphic design agencies operating across the globe, it isn’t easy to ascertain which ones are the most popular and have catered to the best customers. We have expanded on the top 15 graphic design agencies currently operating that can meet your standards and provide you with the services you need with their areas of expertise and experience.

Pentagram is one of the most renowned graphic design firms in the world. It is headquartered in London with other offices located in Austin, San Francisco, New York, and Berlin. It is known to operate independently with 25 partners who also own the entire agency. Some of the more well-known names who contributed to Pentagram in the past and present include Bob Gill, Alan Fletcher, Michael Bierut, and Paula Scher. Its services include environment graphics, motion graphics, digital design, brand identity, book design, packaging, and other graphic design related services. Some of Pentagram’s notable clients have been Planned Parenthood, Rolls Royce, Windows, United Airlines, and Starbucks.

Designster is an emerging graphic design platform that has surpassed expectations and taken its competitors and critics by surprise. While it is new to the graphic design field, it has reached its pinnacle by catering to a diverse audience consisting of a team of 250 members diversified in their backgrounds. They are backed by an elite industry headquartered in Florida and has other offices situated in the UAE and Pakistan. Designster has provided its services to a wide variety of startup businesses that have given outstanding feedback for their experiences. It continues to become a trailblazing graphic design platform that has been met with awe by its customers.

Landor prides itself on being the most distinguished brand agency in the world. It is headquartered in San Francisco, and its officers operate in 25 eminent cities such as Bangkok, Tokyo, Milan, Moscow, Mumbai, Hong Kong, London, and many more. Landor provides services in brand engagement, brand architecture, brand innovation, naming, packaging, positioning, strategy, analytics, and adaptation. Some of Landor’s prominent clients include Apple, BMW, Kellogg’s, Kraft, and FedEx, which has its competitors envying its reputation.

The Wolff Olins brand consulting agency has boasted itself to make a difference with its construction of different designs. Their established status has earned them the interest of many clients, which it has collaborated with like Apple, Hyatt, Microsoft, and Spotify. Its most notable client includes the 2012 London Summer Olympics. It is headquartered in London and has offices located in San Francisco and New York. Wolff Olins brand philosophy revolves around change, design, and strategy.

Meta Design is considered to be among the leading graphic design firms globally as it has manufactured captivating brand experiences over the past twenty years. It has worked on Adobe’s identity and packaging and reinvented Apple’s Mac OS. Meta Design is headquartered in San Francisco with other offices situated in Geneva, Lausanne, Berlin, Beijing, Dusseldorf, Zurich, and New York. Some of their well-known clients include Apple, AT&T, Lacoste, and Coca-Cola. Meta Design offers its services in brand strategy, brand experience, brand activation, and brand creation.

This graphic design firm is based in New York and was founded by Jeffrey Zeldman, a web design guru. Its high-profile clients like Airbnb have revered happy Cog, Papa John’s, Stanford University, and Google for its services in research, content strategy, development, design, and branding. Their own words make it clear that their goal is to craft their clients’ message directed towards their target audience and compel them to act.

The Chase has been lauded as one of the most popular graphic design firms in the world, with its achievement of 350 international and national accolades and over thirty years of distinction. The Chase is widely known for its pioneering print design and corporate branding. Their headquarter is located in Manchester with two other offices situated in London and Preston. The Chase has provided their services in museum exhibits, sports stadium branding, and calendar design to famed clients such as BBC, Amnesty International, and Disney.

Mucho is a graphic design agency that has created design structures that are aesthetically pleasing and stunning in its outlook. They are headquartered in Barcelona with offices located in Paris, San Francisco, and New York. It has served clients like Apple, Kodak, and BMW. Their areas of expertise include brand strategy, brand narrative, and brand management. Mucho has created a design that surpasses the average computer screens and has committed itself to shape designs for clients at an international level, which has garnered them many successes.

This graphic design platform was founded by designers Tom Geismar and Ivan Chermayeff. They launched this agency in 1958 and collaborated with high-profile clients across the world, including NBC, National Geographic, and Showtime. The agency is headquartered in New York and has continued in its path to enhancement and shaping brands worldwide.

Saffron Brands Consultant is a Madrid based graphic design agency with offices situated in Vienna, Mumbai, Istanbul, and London. The company was launched in 2001 and has capitalized on the phenomenon of globalization to expand its services. Its popular clients include Coca-Cola, Goldman Sachs, Fujitsu, and Proximus.

Anagrama is a graphic design agency that has prided itself on being a “brand intelligence group” with a glowing record in software firms, international branding, and software firm. The company is located in Monterrey, Mexico, with other offices located in Mexico City and Tokyo. Some of Anagram’s well-known clients include Redberry, Sally Beauty, and Winter Milk. They offer their services in architecture, interior design, and development.

Studio Dunbar was launched in 1977 and has created brands specializing in visual identity and brand strategy, thereby materializing its works into reality. It is headquartered in Rotterdam and has collaborated with notable clients such as VBMS, European Design Festival, and Dutch National Police.

A Practice for Everyday Life

This graphic design agency has propelled itself in the graphic design industry owing to its solid track record in business relationships with high profile clients such as the London College of Fashion, APFEL, and Performa. It is headquartered in London and focuses on designs’ concepts, making them look innovative and unique. Their areas of expertise include packaging, art direction. Exhibitions, publication, and brand identity.

Spin distinguishes itself from its graphic design competitors by providing polished and elegant ideas to various sectors like entertainment, arts, electronics, design, broadcast, and communication. They have provided their services ranging from creative briefs to proactive responses, which consist of detailed research of their clients pertaining to their target demographics. It is headquartered in London and has contributed to popular clients such as Deutsche Bank, Samsung, Wired, BBC, Apple, Nike, Meta, and Channel 4. Their areas of specialty include environmental design, print, and digital.

This graphic design agency is based in Delaware, and it is especially famous for its impressive typography services. Its other areas of services include painting, drawing, lettering, and font creation. It has been titled “the masters of typography” by Fast Company Magazine. This agency is known for creating a myriad of attention-grabbing fonts that have been admired by millions of concert audiences, Fashionistas, and TV Viewers. Its famed clients include the New Yorker, Jimmy Kimmel Live, The Cher Show, Target, and MTV.

These are some of the best graphic design agencies that have been acclaimed for their services and have satisfied famous clients. These services have given them praise from the international community that has pursued their services from a diverse geographical background. The main quality that enables them to have leverage over their competitors is that the agencies can cater to an audience across boundaries. They have generated substantial revenue to further their capabilities and secured their position as the elite graphic design agencies functioning in the modern era.

Tabish Khalid
Tabish Khalid works as the Digital Marketing Manager for Designster. He develops and implements digital strategies for Designster, along with aligning business goals with digital marketing activities. He actively contributes articles related to digital and content marketing.

Establishing a relationship with customers is critical to the success of your company. Authentic storytelling may be the difference between long-term development and stagnation...
Read more
Design & Development

The iOS app development is popular among businesses as they are more profitable than the Android apps and more preferred by high net worth...
Read more
Design & Development

Why More Women Should Learn to Code

While in the past, people who could read were considered more enlightened, currently coding is the new thing. If you can code, then that...
Read more
- Advertisment -