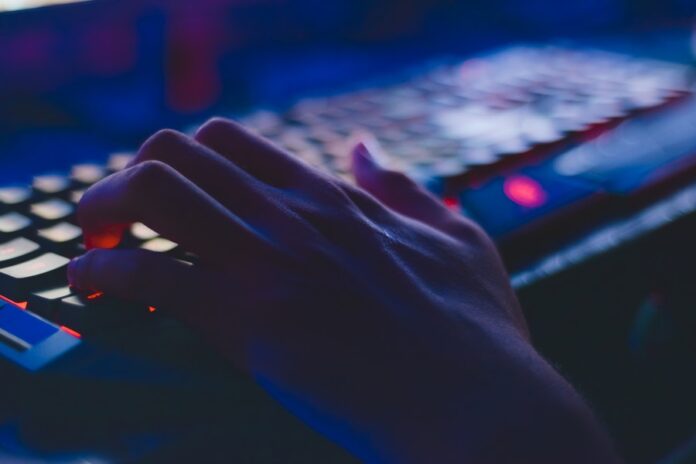 Last year everyone spent their time being locked at their homes due to coronavirus, and almost everything was being done digitally. Coronavirus also led most people to find new and compelling forms of entertainment so they can spend their hours without being bored sick.

Some people started focusing more on their hobbies while others started developing new ones. With the virus still hanging around and not going away for good, people are embracing new things. As we move ahead in 2021, many people are still learning about video games, while others who are already engrossed in it find more opportunities to play new games.

We all know about the numerous health and mental benefits video games can have on a person, such as improved social skills, better problem-solving skills, improved learning, and a sharp vision. Due to such benefits, we recommend everyone to play games in these challenging times; however, there is an ocean of video games out there which could make it challenging for you to find the right ones.

To keep you away from such a scenario, we have listed ten new games that you can try in 2021. The best thing about this list is that it is not made for a specific console or device. You will find a mix of some PC, console, and mobile games. Moreover, this list is for casual gamers as well as advanced gamers. So here we go!

Right off the bat, let’s start with a game that caused millions of gamers from all over the world to spend fortunes. Cyberpunk was one of the most anticipated games of 2021, with various release editions. Cyberpunk 2077 is an open world, adventure, action, and RPG game. With exceptional graphics and a gripping storyline, it is one of the best games of 2021.

Cyberpunk was created by Projekt RED; with new editions consisting of various unique side stories and the 4k display with 60 frames per second, a gamer can never get bored of it.

Far Cry 6 is considered one of the first AAA games yet to be released in 2021. The game’s release date was February, which got pushed back to March, and it has been moved to October. This one is another highly anticipated open-world action and adventure game. Gamers from all over the world tremendously love the last parts of this game.

Another reason you should play Far Cry 6 is the introduction of the veteran actor Giancarlo Esposito, portrayed as the main villain, Anton Castillo. Far Cry 6 will allow you to play as a native named Yara, who has to overthrow Castillo with the help of rebels. The gameplay will take play on an island, which means you will have a rich and colorful graphical experience.

Capcom has released a dozen Resident Evil titles, and since the first one, the Resident Evil series has successfully made a special place in everyone’s heart. Everyone praises Capcom because they still manage to keep things fresh for the gamers after numerous game installments.

Such is the case with the new Resident Evil, which is being appraised as the best title sequel. The graphics and the plot of this game are horrifically amazing; the game has also introduced various enemies such as Lycans, zombies, vampires, werewolves, and zombies. Compared to its previous releases, the game is not as scary, but the storyline and the 4k graphics are guaranteed to keep you invested.

MOBA games have a massive fan base of their own, and some of the biggest gaming tournaments are entirely based around MOBA games such as Dota 2 and League of Legends. This one is for all the MOBA fans out there, especially for the mobile gaming community; Epic Games is the first MOBA franchise that successfully brought the genre to mobile games after several attempts.

League of Legends already had a massive community before coming to mobile, which caused the expectations to be high. However, Epic Games successfully fulfilled the expectation of mobile gamers and have brought a masterpiece.

Wild Rift has taken out the intense aspects of the PC version and made it extremely simple and less time-consuming for gamers to play the game. The game has been released in some regions and would be released worldwide by the end of 2021.

Another mobile game that we have had to mention is a role-playing game only developed for iOS devices. The gameplay of Fantasian is very similar to the Final Fantasy games, so if you are a Final Fantasy fan, you are in for a treat. The game is identical because it is produced by one of the creators of Final Fantasy, Hironobu Sakaguchi.

The game brings a unique, adorable vibe which makes the entire gameplay more delightful. The handmade diorama art style is what makes this game unique and the graphics beautiful. It also has a soothing soundtrack which makes you hang around the game for a bit longer.

Since we are talking about mobile games, let’s not forget about the casual ones you can play anytime without worrying about objectives and missions. Rafting Adventure belongs to one of the most exploited genres in the mobile gaming industry: the endless runner genre.

Taking inspiration from games like Subway Surfers and Temple Run, Unlimited Gamez MO has brought a simple yet addictive game where you have to raft in a river and avoid obstacles to score more points. If you think that you are a casual gamer and are looking for an addictive game, you should give it a go.

The name defines how you must play the game; the game requires two players to beat each level. The game is simple yet has a fantastic depth; an exciting thing about this game is that the gameplay is creative and never repetitive. To beat the levels, you need two players and require them to be in sync with each other. The game lets the teammates strategize and work together as they move forward to complete the round.

The game makers have paid particular attention to the details to make the gameplay genius and heartwarming. Time and time again, the game mechanics would prove to be highly creative and intelligent.

The third and final rebooted trilogy ended with a fantastic entry; the Hitman 3 introduced six new maps and continued the story in 2016. The new maps contain some breathtaking graphics of real-life places like England, Dubai, China, and more.

The storyline for Hitman 3 is exceptionally gripping and delivers various levels considered the best of all time. If you are new to the franchise, then the chances are that you will take it as your ordinary action game and play it as a gun-blazing game; however, the game is most enjoyable when it is played in stealth mode. One of the critical features of this game is that you can replay the levels and assassinate your enemies in a dozen of ways.

Since we are talking about Hitman, let’s also not forget about its mobile version. Hitman Go presents a unique way to play your Agent 47; the game resembles a board game where your agent is a piece. To complete objectives such as assassinating the enemies, you have to move the part around cleverly.

There are numerous ways to tackle a single problem, like moving your piece from behind or side to take out an enemy piece. As you progress, you also come across a wide array of items that you can use.

Let’s end with one of the best surprises reveals for gamers in 2020. The sixteenth edition of Final Fantasy is yet to be released in 2021. However, The developers only announced this surprise for PS5 gamers. Final Fantasy is one of the most long-running and one of the best MMORPG games out there, the trailer that was released showed the events of the game to take place in dark territory, making the fans more excited as they don’t usually expect such stuff from the franchise.

We took a look at every significant platform and have brought some of the best titles out there. These were some of our favorite picks; however, the list is still very long and doesn’t end here. Sadly, we can’t add everything, so these games would be enough for you to experience and have fun until we bring something new.

15 Most Powerful and Strongest Pokemon of All Time

Pokemon has been around for a long time in this generation. There are currently 900 Pokémon species, and determining which are the strongest and...
Read more
Game

Far more than often these days, you feel bored, and you can't find anything to do. In such times, it's normal to crave something...
Read more
Game

X Games That Every Entrepreneur Should Play