How Problem-Solving Games Make a Child Smarter to Deal with Real-Life Challenges? 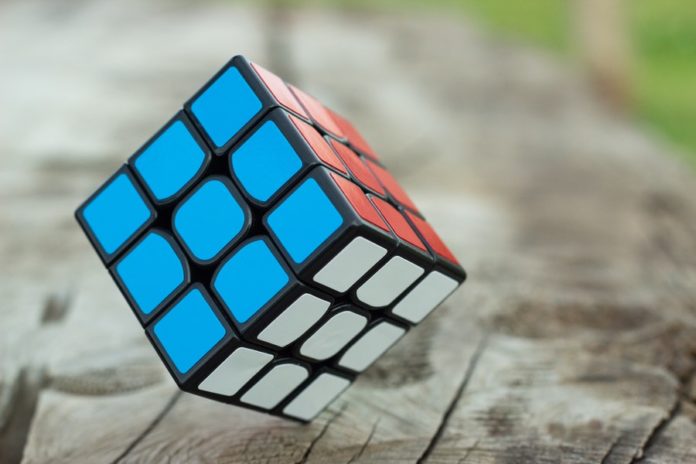 Many people, particularly parents, will frown upon their child playing games on their phones, tablets, etc.

Some of us think it is tantamount to wasting time. The time that our children can spend studying. Instead, they’re corrupting their brain with games. The violence that is often a part of such games could lead to extreme anti-social behavior, or so we think.

However, that isn’t the case at all. Even the so-called violence teaches kids to be more empathetic. And that is just one benefit. Psychologists and other behavioral scientists consider games valuable tools. According to them, your kid could become smarter and level up in all sorts of ways through games.

Before we look at the advantages of problem-solving games, let us catch you up on how…

Games Affect the Different Parts of your Child’s Brain

Our prefrontal cortex is in charge of various things, namely:

Thus, when your child plays a strategy-based game on Unlimited Gamez mo, they have to do some planning to win. That means they’re exercising their prefrontal cortex.

In memory-based games, kids will use their right hippocampus. This part is responsible for processing and consolidation of memory and information.

And, finally, action-packed games require players to press certain keys to enact particular movements. That is when your child uses their cerebellum.

So, as evident, gaming can activate the different parts of their thinking machine. Now, let us look at what your child can do with the benefits it offers:

Many of us have experienced the extent to which gaming can boost our social skills firsthand. When your kid plays with others, they learn to socialize. But what’s more, playing in a group, usually means each child gets a turn at leading.

As a leader, they must motivate their mates, persuade them to take chances, and resolve disputes. So, through gaming, children acquire and polish their leadership skills. Also, when it is their turn to follow, they must obey the leader’s strategy. Again, this enables them to become better listeners – a skill they can exercise when they lead.

Understanding the importance of resource management, planning, and logistics

In most strategy-based games, such as Age of Empires, SimCity, and Railroad Tycoon, a player begins with finite resources. Therefore, whenever they spend what they have, they must ascertain that they do it on the right thing. After all, the resources are limited and demand smart usage.

Likewise, in real life, there will be occasions where your grown-up kid must choose between want and need or saving and splurging.

In short, they must plan smartly in advance and make the best of what resources they do have. Quite a life lesson if you ask us!

Go back to when Tetris was all the rage in your childhood. Even after you stopped playing, shapes were all you could really see when you closed your eyes. So, what does the Tetris effect have to do with child development?

It teaches you that when you spend considerable time on a task, your brain falls into a pattern. Or, in other words, it keeps making the same connections. As it acclimates to the task, it takes less hard work for the player to win at Tetris. New neural pathways form, and soon, winning becomes a habit.

Now, picture your child using the same practice to create other positive patterns in their lives. Who knows if they can apply it to give up the smokes or some other bad habit?

Action or battle games simulate stressful environments. Since survival is essential, players must learn to quickly analyze their situation. Not only that, but they’d also need to use the insight from such analyses to arrive at decisions. Moreover, the quicker they become, the higher their chances of survival.

So, wouldn’t such games make great training tools for real-world situations? In fact, that is the very reasoning that hospitals can follow to train surgeons. Playing games can prime your child’s brain to make quicker decisions. In practical life or stressful situations, this soft skill can offer great value. Don’t you think so too?

Not sacrificing accuracy for speed

Besides cognitive flexibility, action games are beneficial for kids for yet another reason. In most of them, the players don’t just have to decide quickly. They must also do so without sacrificing accuracy. Think of how the same pair of skills would be useful to soldiers.

That is a big reason why even the military is now hiring gamers. Gaming enables soldiers to quickly assimilate large amounts of information – or from various sources. Then, they must make the right choice based on the data. And they need to do all of that while under intense pressure. Aside from that, they often have to coordinate their actions with that of their platoon-mates.

In short, if your child acquires these skills via gaming, they won’t just be a great fit for the military – or on the frontlines. They can make use of these qualities in a variety of roles and in many professional settings.

Getting better at multitasking

Games where players develop a city usually throw roadblocks in the forms of surprise attacks and enemies. The said players must counter those attacks while keeping their city safe. Also, they’d need to return to development when they can spare their attention. In short, gaming makes kids better multitaskers.

When we say multitasking, we don’t just mean handling different tasks at the same time. It also means tracking many shifting variables simultaneously. In addition to that, it also includes managing multiple objectives. Does multitasking sound like a skill that will serve your child well in practical life?

As parents, our attention needs to shift from the potential – and mostly, imagined – dangers of gaming. Instead, our focus should be on the potential benefits. Therefore, we ask, what’s the harm in using a tool that is fun and also teaches problem-solving skills?

Andrea Bell
Andrea Bell is a blogger by choice. She loves to discover the world around her. She likes to share her discoveries, experiences and express herself through her blogs. You can find her on Twitter:@IM_AndreaBell

If action games are your forte, you must play the Stumble Guys. The game's mobile version is popular among gamers due to its fantastic...
Read more
Game

Do you hear yourself asking your child to leave his room and come down for their dinner, and the usual response you receive is...
Read more
Game

The incorporation of Non-fungible tokens in the gaming modules has been amplified as we speak. In order to combat the traditional gaming rituals, the...
Read more
- Advertisment -