Different Type of Testings: Why it is Important in Mobile App Development 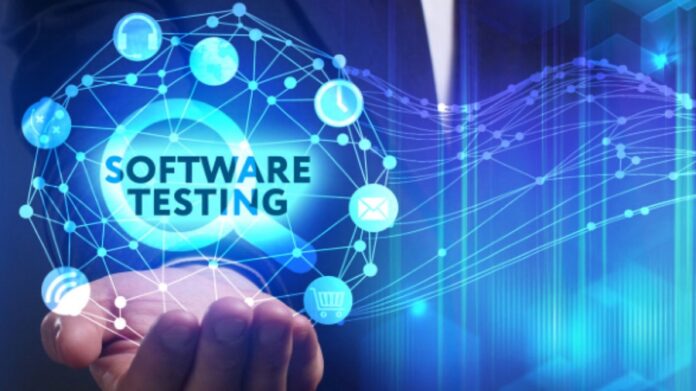 Mobile applications are leading the software development industry today. With an application to support and answer every demand of users, smartphones have become an integral part of our daily life. So the importance of mobile applications is going to increase only.

Therefore, the software industry has turned its face towards the changing waves, and the new trend in the industry is mobile application development. However, the development of every software requires it to be done efficiently to avoid future security risks. When the world has gone digital, it has become crucial to implement security measures now than ever.

Explore the List of Testing to be Focused for App Development

The role of the tester in the software development cycle is essential. As testing the software for eliminating any future risks is necessary, testers are responsible for finding the bugs from the code by thoroughly performing a check on it and concluding it bug-free and after which the software will get released in the market. Therefore, testers are must for getting your application tested thoroughly and ensuring no bug or error is remaining. However, the methods used for testing also matters. As there are multiple methods of testing, conducting it one after another ensures the rigorous testing of code and eliminates the chances of finding a bug.

The main approaches to Testing are Black Box Testing and White Box Testing. Both these approaches hold their significance when the testing of code is executed to check no bugs are remaining.

Black box testing is the approach where the tester is not having access to the source code and tests the external interfaces only. Hence, it is conducted to check the user interfaces thoroughly and find faults and errors in them to ensure the users are offered a user interface which suits their requirements and is easy to operate.

White box testing is source code to find and fix any errors that may cause inconvenience to users when they operate the system and also pose significant security risks. Hence, white box testing is essential to perform to eliminate the chances of error occurrence in the code.

The most fundamental and primary testing is unit testing. In unit testing, every unit of the code is tested thoroughly to ensure no mistakes are remaining in the code. Each unit of code is tested separately and only the unit where the possibility of bug or a bug is found, it is sent for fixing. Therefore, unit testing is the most basic type and is preferred to be performed more than a single time to ensure no bug is there when the units of codes are put together to form an application.

Regardless of the operating system for which an app like spotify is developed, or the platform chosen for development or the language used, unit testing is mandatory to perform, and each unit is isolated from other teams and tested. Also, the focus is on writing the test code, which fails the unit initially and then eventually, with the changes in the unit’s code, it passes the test. It fully proves the code from potential risks and attacks.

Integration testing is performed for testing the integrity among two or more modules or components of the system. It is conducted to ensure that the modules of the system interact with each other, and no point of communication is broken or left out. Therefore, it becomes crucial to perform integration testing. It gets performed by either a QA (Quality Assurance) tester or the developer itself if the testing includes complex connections and various integration altogether. As the chances of bug occurrence in Android application is more significant than of any other, hire developers who can conduct the testing of the application by themselves as it makes the integration testing process less time-consuming and more performance-oriented.

System testing is also called end-to-end testing (E2E) as it puts the whole system for testing. While unit testing and integration testing are parts of system testing, it is performed by QA testers to ensure no fault or bugs are found in the system as a whole. Therefore, the working of the application is checked here by integrating every module and ensuring no mistakes are to be found.

It involves the user perspective in it also, which requires the system to work efficiently along with attracting the eyes of users. Therefore, this testing is much more expensive and time-consuming than the above two. Also, if unit testing and integration testing have been performed rigorously, it eliminates the occurrence of bugs to a great extent in system testing and helps in saving time wasted after conducting redundant testing.

The test is performed to check whether the application or the system fits the requirements well or not. Acceptance testing ensures that the system can answer every need of the business, and the system is only deployed in the market once it satisfies every requirement of the user.

These testing are conducted throughout the development process to ensure no mistakes are to be found later when the system is made public in the market for use. As testing and QA (Quality Assurance) are time-consuming processes, the planning for appropriate and timely testing is required to be done. Therefore, it is advisable to conduct the testing process as planned to save on costs and time as it can ensure that testing is performed efficiently and with keeping every aspect in mind.

Gaurav Kanabar
Gaurav Kanabar is the Founder and CEO of Alphanso Tech, an India based IT Consulting company that provides Event Management Software development service and other app development services to individuals as per their specified demand. Besides this, the founder also loves to deliver excellent niche helping readers to have deep insight into the topic.

Establishing a relationship with customers is critical to the success of your company. Authentic storytelling may be the difference between long-term development and stagnation...
Read more
Design & Development

The iOS app development is popular among businesses as they are more profitable than the Android apps and more preferred by high net worth...
Read more
Design & Development

Why More Women Should Learn to Code

While in the past, people who could read were considered more enlightened, currently coding is the new thing. If you can code, then that...
Read more
- Advertisment -