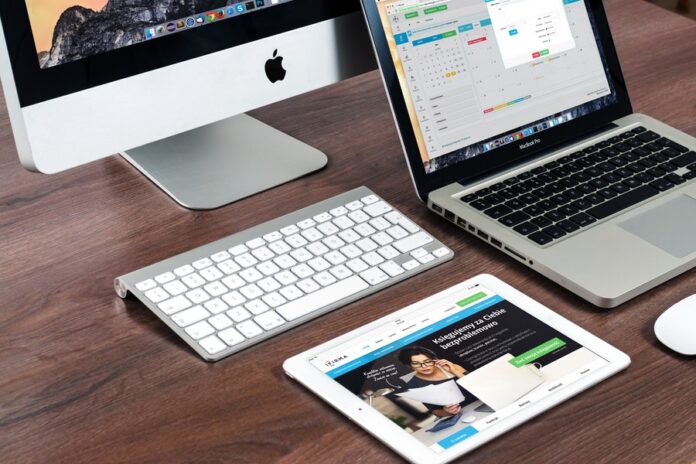 The digital world is under continuous upgrade to meet the market demands. As a consequence, new technologies keep emerging as a solution to user problems. The US web-app development market has seen certain technologies that are gaining popularity for the user satisfaction they offer.

Based on popularity, the following web development technologies have recorded significant growth in demand in recent times:

It is a major component of the MERN stack. It’s popular for the interactive user interfaces that it can assist in building. It is developed and maintained by Facebook and adopted by major businesses around the world like – Shopify, Uber, Airbnb, Pinterest, Amazon, etc. React uses a front-end library based on a JavaScript framework. It usually suits large projects. Due to its ability to assist in the development of highly interactive web applications, it is a preferred choice in the US.

React is flexible. Its API is simple to learn, that is why it is preferred by developers. It has broader community support, as it is one of the top five repositories on GitHub. React offers great performance. While updating DOM slows down Javascripts, React minimizes DOM changes.

Reason for Popularity of React

React’s popularity is mainly because of the SEO support it offers. Using a technology that can ease search engine optimization by reducing page load time is advantageous to get higher rank on SERP.

React is a technology that is helpful especially for large scale projects. But, its overall output has inspired usage in information technology, healthcare, finance, legal, etc,.

The websites that impart the feel and design of an application are referred to as progressive web applications. The basic technologies of PWAs are HTML, JavaScript, and CSS. It gives users a distinct experience of browsing an app-like website without the need to download and install. Developing and maintaining PWAs is cheaper.

You must have come across a website whose pages don’t need reloading, such a website is called PWA. They show similar behavior on both mobile and desktops. Spotify is a popular example of PWA.

A distinctive user experience is behind the popularity of progressive web apps. Like as in mobile applications the visitors like the feel of smoothly sliding through different sections, a PWA offers a similar ease. Also, loading speed and slow internet aren’t a hindering factor in PWAs.

PWAs are in demand because of their app-like experience, specifically in ecommerce, banking, insurance, media and information industries.

The ease and facility AI brings are the basis of its popularity and growing demand.  Many companies in the US are focussed on developing specific AI web applications to provide an enhanced user experience. AI implementations like Gird provide for quick website development

ADI tools are an extension in the segment, used for automated website development that can be customized by developers. Another is voice search optimization options that have gained popularity recently. Apple’s Siri and Google’s Alexa are an example of AI usage. AI operates on identifying and analyzing human speech through tracking and interpreting it for results.

AI chatbots are now extensively used by many US companies. It has replaced the human resource in customer assistance.

Blockchain technology works like a Google doc, as when a document is created and shared amongst a group of people, it doesn’t get copied or transferred. All get access to the document at the same time and the changes in the document get recorded in real-time. This makes the process transparent, accessible, and secure.

Blockchain can be explained as a database that stores encrypted blocks of data. These blocks are chained in chronological order with factual information about them.

This technology has brought transparency and security to sensitive digital information. It assists in reducing risk and fraud.

Blockchain is gaining popularity chiefly because of the security it offers. This technology has made possible many operations through websites that were earlier considered risky online.

As discussed, due to its security feature the technology is in demand in banking, legal, finance, governance, e-commerce industry, etc,.

This technology is continuously increasing its base in the web development sector. Users can be provided with better services by integrating IoT devices with websites.

It is described as a network of physical objects that have sensors, software, and other technologies for connecting and exchanging data with other devices and systems over the internet.

IoT coupled with cloud computing platforms has worked wonders for web users. IoT is a kind of web development technology that has seen a tremendous increase in user base in recent times. IoT uses low-cost computing, the cloud, big data, analytics, and mobile technologies.

Also Read: How Businesses Can Benefit from IoT Technology

IoT finds popularity due to the ease it has brought to the operations through networking. Though IoT has been there since 1990s, it has gained popularity recently as it offers security, competitive advantage, automation and quality.

Web development will continue to see new technical evolution as the industry grows. The demand for these technologies in the US market will continue to grow, at least for the next two years. Trends like IoT, dark mode, single page application, motion UI, etc, have seen an upsurge recently.

The rise in competition in the digital world has proved beneficial for the users as companies are more focused on providing a better user experience to mark an edge. The beginning of virtual experience has opened new doors for innovations. Undoubtedly, soon we might see new technologies in the sector.