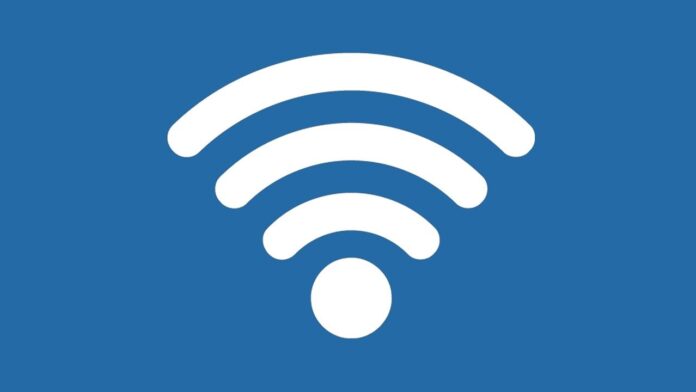 Technology has made this world and our living so smart that it has become necessary for everyone to be a tech savvy to survive in this world. As wireless connection has become the most modified way of communication, one must know about all the basic and advanced nooks and corners of accessing internet and wireless connecting.

What is Wi-Fi Hacking?

Wifi is the short and popular form of Wireless Fidelity, the best amongst all the cellular data connection and communication. From accessing to internet through personal computers to mega industries where global communication is being operated by internet, wifi is the heart of every technical infrastructure.

However, accessing to wifi networks is not free of cost at all. It costs a considerable amount of financial aid, which is not possible to bear by a large number of people in the whole world population.

Not being able to pay the lump sum of money as the Wifi bill is a crucial problem. However, the most suitable solution to this problem is the process of wifi hacking by using certain technical tools.

Wifi hacking can be defined as the process of essentially breaching the safety and security protocols in a wireless connection/network. The process grants the hacker to have full access, view, download; store the contents searched and surfed in the network. It also gives power to the hacker to abuse the network if he/she wishes to. In this process, the hacker can have full access to the personal information of the user as well and use it.

There are different apps that smoothens the process of hacking. When internet has become so integral to every sphere of life; even a hacking tutorial cannot be properly learnt without this wifi connection.

There are different apps created and programmed by intellectual software engineers which help most of the users to get access to wifi networks available all around. There are many OS available and these apps are built for different OS. However, as they are designed in different patterns, the apps are differently designed for them. As Android is the most easily and widely used OS for most of the people, here a detailed idea of Android wifi hacking apps will be provided.

However, the Android devices must have some basic designs and systems to avail these applications properly.

First, one needs to root their Android mobile (many apps work with no-root access as well but they have limited features).

Second, the user must have a 4.0+ and above versions of Android mobile.

Third, the Wifi networks must be WPS enabled.

Last, there should be proper catchable signals of the targeted wifi.

These apps may perform different things- these can gain access to wifi networks even when the network is password protected and also secured with WPA2-PSK security. These apps will help the hackers to switch off the wifi access for any authentic and inauthentic users of this network and him/herself can enjoy full access to it.

Besides, with these apps, the hackers can hack the wifi passwords from within the Android app and can also sniff the web sessions. Some of these apps are suited for just rooted devices; others are for both rooted and un-rooted devices.

Here is a list of the most popular and easy to use wifi hacking apps for the Android devices.

This is one of the most common and oldest yet active wifi hacking apps that is compatible with non-root Android devices as well. The app designers have crafted this app in a way that the users of WPS enabled wifi routers can check and test how strongly secure the network is from possible threats. Downloading and installing of this app in the Android device will take help of the PINs already stored in the database. It also performs an automated PIN scan on the selected Access Point. If the WPS vulnerability is easy to exploit, it will breach he security and display the password of it.

This is another public friendly wifi hacking app that works in the same way. It searches for the weakness in the WPS PIN of the wifi routers and breaks through access to the network.

One of the most common features of being hacked is to have a very repetitive slow connection. This app is a savior and works its best at that time. After downloading, installing and giving permission to access, this app will provide a list of devices connected to the network- both computer and phones. Minute information from each connected intruder device can be gained through access to this app- the device name, MAC address, and local IP address.

It is another powerful wifi hacking app the hackers use to draw information of the users. Besides finding the details of the intruder device, it also allows to get information about the active sessions and search history of the intruder. This is a very powerful app that can crack down both private and public wifi networks secured with WEP, WPA2-PSK, or WPA-PSK network securities. It is easier for the hacker to test the websites not using Secret Socket Layer (SSL) encryption.

This is a brilliant name to search for; in this name, the ‘ng’ stands for next generation. Here, one can find a collection of tools to evaluate and perform breaching of internet security. It is an advanced app that is associated with different aspects like-monitoring the Wifi network, identifying it, brute attack on it by measuring the strength of security through injection and capture techniques. It can also crack the oldest yet the finest security system of WEP and WPA-PSK. However, this app is designed for a higher-level OS of MAC OS X, FreeBSD, NetBSD and Linux, it can be adaptable to Android devices with OTG enabled devices and through USB adaptor.

Higher level of network analysis and designed penetration suit for IT and other security experts makes this Wi-Fi hacking app one of the most advanced hacking tool, designed for Android.  To download and use this app, you do not need to have a very high level and quality of Android phone; it is just used as a medium for the network penetration. After cracking, it creates a fingerprint of all the devices running under this network.

One of the most powerful app to both manipulate and compromise the secured Wi-Fi network needs just a push on the zANTI button to get an idea of the risk and security level. It also enables the hacker to keep a track of all the insecure data sent from and received by the connected devices.

This app is an advance development of the popular hacking app of dSniff. It cracks down the security of the network, intrudes to devices connected by the network. It also gathers personal information of the device holder- email ID, password, social media accounts along with file stored in the cloud of the networks. It works by redirecting traffic to local networks. It forges the ARP replies and direct them to the personal targeted web addresses or URLs.

This app is a fun to use tool of hacking that is available with the capability to modify the targeted site that the user is surfing through in their respective devices. Text flipping, image flipping, customizing images are fun ways of hacking the information by using this tool. One can spoof the user as well by redirecting their search into a customized URL.

This little hacking app that helps to search for packets, hosts, services and firewalls in the local networking sites for hacking. This is an app suitable for both rooted and non-rooted Android phones. However, there is a difference in functionality of this app in non-rooted devices; there are some exclusive features like SYN scan that is limited to the rooted Android devices only. It allows the user to freely audit their Wi-fi networks to search for loopholes. Nmap is used in the administrative levels to monitor the service time and hosts. Packet filtration is the best way to serve the hacking purpose.

For Wi-Fi connections using a comparatively weaker password protection and security, this hacking app works perfectly. It performs a dictionary-based brute attack on the networks of the targeted routers and discover the password. It has a simplified and user-friendly interface where the home page shows the list of existing reachable Wi-Fi connections. One can choose the network one wants to hack and choose from ways of attack between brute and dictionary.

If the Android user has a 4.1 version of Jellybean, this option is very clearly visible in the Wi-Fi settings option.

Wi-Fi kill is a very light app, little in size and easy to handle. It performs the same actions as that of the other Wi-Fi hacking apps. Once it hacks in to the network, it can have all information of the devices connected sharing this network along with the devices’ MAC address and IP addresses. After getting information about the connected devices, the hacker can choose to cut any device from the list from having internet access through this Wi-Fi network. Also, the data transfer rate and using time can also be traced by the hacker as well.

It is one of the most high-rated Wi-Fi hacking apps.

This is the most updated app that performs Wi-Fi hacking on a large scale.

Wireless communication is expensive, yet it is one of the most important part of our everyday work and personal life as well. Above are the list of the most authentic and popular apps to hack Wi-Fi networks at any place and have access to the network without even paying a single penny.

"Lost in Translation? Fear Not, the Best Translation Apps Have Arrived!" Imagine this scenario: you're in a foreign country, trying to order food from a...
Read more
Application

Surely there isn't anyone who doesn't enjoy watching cartoons. With their charming personalities and captivating plots, these stories transport us back to our formative...
Read more
Security

11 Most Powerful Cybersecurity Software Tools In 2023

With the advancement of technology every day, we have indeed opened many gateways in the internet world. But, no good things come without flaws....
Read more
- Advertisment -