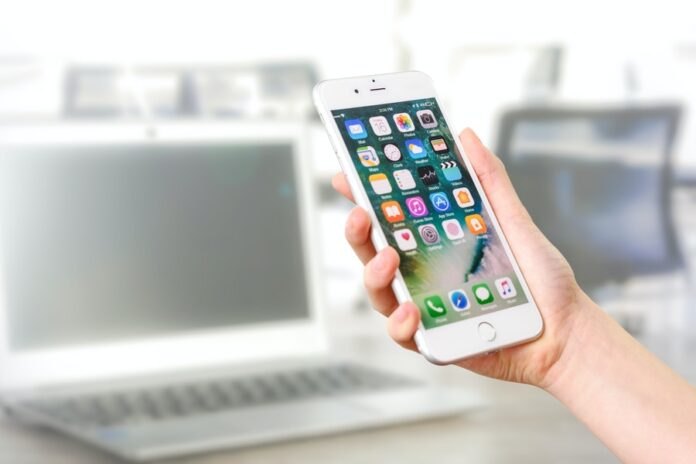 Just like dressing trends change every year, the app world is also subject to dynamic transitions. One year, one app is high in demand and being installed by millions. And the next, another app comes with many enhanced features, and the prior loses more than half of its users.

Perhaps, this is why app developers stay on their toes all the time to upgrade their designs. Plus, an app update is essential to keep all bugs at bay, provide security patches, and ensure the app stays flawless.

When it comes to monitoring trends, you might be surprised to view the list of apps trending in 2020 and 2021. 2020 saw its fair share of curveballs. Most of the trends continued in 2021 too. Similar to other industries, the app world also witnessed substantial changes. The pandemic had a massive impact on the most popular apps of the year. It is critical to fathom the behavior of people that caused the popularity of these apps.

But first, let us check out the list of most popular apps downloaded this year:

It doesn’t take us by surprise that TikTok was the most popular app of 2021. Initially, this app was taken as a space that is suitable for GenZ. It was the lockdown measures in most countries when the app saw an influx of more age groups. As most people were stuck at homes, they were looking for new ways to entertain themselves.

Social media users are aware of the medium of video entertainment. Combining it with an intelligent algorithm was the best move by TikTok developers. Eventually, it became an irresistible app for a varied user base.

The company has its headquarter in Shanghai. Its entertainment recipe was unique and resonated with millions during lockdown measures. Basically, it allows you to watch and create your lip-syncing video according to the music.

Uber is the world’s leading on-demand cab application. According to Statista, it has a global market value of $72 billion. Currently, it is being accessed by more than 103 million users in over 400 cities across 80 countries.

Uber is a tech-based platform that aids in connecting a rider and a driver. It helps the user to fetch a ride without having to wait in a long queue. Once you have requested the pickup, the app shows you the name of the driver and the car they are driving. It provides the estimated time of arrival of the driver and creates a line of communication between the rider and the driver.

Google Map shows the location of a driver at the time of booking. It also provides the estimated time it would take for the rider to reach their destination. Not only this, but the app has also created a stress-free payment system. There are payment gateways linked to user’s credit cards and their mobile wallets.

Facebook ended 2020 much more potent in financial terms as compared to the past few years. The skyrocketing screen time availed by the global population during the pandemic brought soaring profits for the company.

Facebook is consistently maintaining its position in the top ten apps in Google Play Store and Apple Store. According to Statista, it is the most famous app publisher globally, based on its download numbers. The company released its usage statistics that spoke of its rising popularity. Nearly 3 billion people were now using at least one of Facebook’s applications each month.

When studying its entire armor, we learn that Facebook marketing is one of the essential services offered to the users. It gained immense importance during the pandemic as most marketers were using Facebook ads to attract users.

Instagram is an image-oriented application that allows people to connect through images and videos. Although a member of the Facebook family, Instagram presents a spectrum of social media opportunities for digital marketing.

It has grown since its inception to turn into an app with the most exciting promotion-oriented features.  It offers highlights, stories, and reels that serve small businesses as well as bigshot organizations. The developers recommend people learn cleverly using hashtags. This could be one of the most fruitful digital marketing tips for small-scale companies.

Adam Mosseri, the head of Instagram, recently stated that they are not the photo-sharing app anymore. Instead, they have expanded into the domain of messaging, creation, video-making, and shopping. The shift of commerce from offline to online has compelled developers to take this leap.

Whatsapp is the messaging app that witnessed a massive download figure this year. The idea that it lets people connected as groups was what garnered the most attention. It provides businesses and educational institutions to stay connected with all stakeholders. They can discuss all the new policies, problems, and possible solutions.

With this application, you can change the background and also share your location with other parties. Moreover, there are plenty of marketing opportunities with Whatsapp as it continues to add more marketing-related features.

Well, we all need a little dose of entertainment in these tough times. Right?

YouTube is considered the world’s favorite video platform. It has turned out to be a successful idea since it first stepped into the digital industry. And during the pandemic, we witnessed a massive growth in its download numbers. During a 2020 survey of social media users in the United States, 64% of the respondents stated that they would use YouTube more during the period they were confined in their homes.

As per the latest YouTube statistics, the video-sharing platform has 2.3 billion users worldwide in 2021. This app allows users to subscribe to videos, and it also updates them regarding the most trending content. Signing into YouTube enables the users to access channel subscriptions, get notifications and regular recommendations.

Dropbox is the top cloud file-hosting service. It was developed in 2008, and the platform hit the target of 100 million registrations in 4 years.

The remote working culture compelled a significant segment of the corporate population to download Dropbox for sharing their files. It does not have a file-size limit for uploads. So, if you are fuzzed about apps to save your vital notes, this is the app to go for.

It is interesting to notice how trends have changed over the past. We would not have anticipated some of these apps to make it on the top charts a year ago. However, we must adhere to the changing times and adapt as much as we can.

Thus, it is about time we download these apps and make our life easier during these challenging times!

After years of hard effort, expert software engineers have developed a high-quality corporate Node.js framework that can be utilized to get started with Node.js...
Read more
Application