Why Is Recruitment So Challenging Right Now? 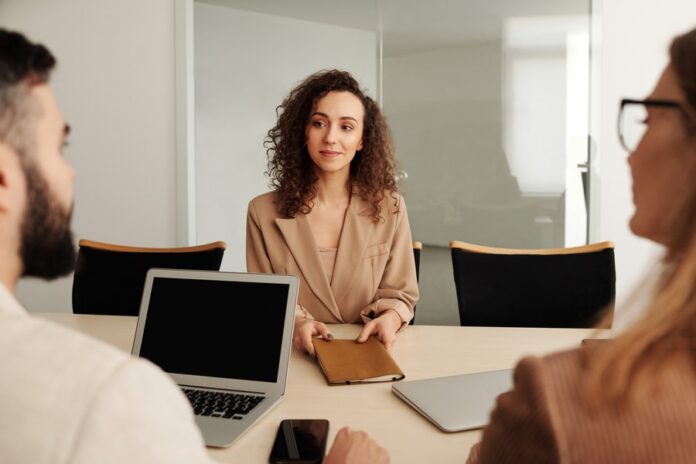 With a culture and economy that is ever evolving, it’s not surprising that certain UK sectors struggle to identify suitable candidates to fill positions. Intuition suggests that most of the roles that remain unplaced are down to a lack of fully trained workers, within healthcare for example. Those without the relevant training and qualifications cannot even be considered, so naturally the pool of talent is reduced. However the challenges facing recruiters are not restricted to this scenario alone.

With a lot changing in the job market there are understandably a lot of risks on recruitment professionals right now. That’s why recruitment consultant insurance is essential, as legal action in amongst the challenges they face can be devastating. But where are the other adversities coming from? We’ve broken down a few key scenarios which are currently holding back the job market.

Firstly, and most obviously, there is the impact of the Coronavirus Pandemic. Not only did some sectors shut down overnight, but some such as Hospitality only just got back to ‘normal’ after 18 months.

Naturally lower skilled workers, who are not restricted to one sector when searching for a job, are put off by this. Why risk taking a potentially disrupted job as a waitress when supermarket assistants had a steady job throughout the pandemic? Future public health crises would likely follow a similar path.

Although temporary this has certainly had an effect on the ability to recruit effectively. How long will this last is unknown, with the prospect of additional COVID-19 variants causing uncertainty there is no doubt that some may be put off affected sectors for years to come.

The second major factor is Brexit, and in particular its effect on low skilled workers. While regulations around EU nationals working in the UK are still somewhat in transition there is no doubt that those coming from poorer EU countries are now more likely to be dissuaded from migrating for work.

According to the Migration Study by the University of Oxford between 2004 and 2017 there was a consistent increase in the proportion of migrant workers in the UK. This trend is starting to reverse, and coincides with the vote to leave the EU. Given migrants from the EU overwhelmingly work in low skilled sectors, as seen in the study, it’s no surprise that less workers from the continent would cause recruitment issues.

Considering the challenges outside sector specific gaps also reveals something interesting about jobs that are hard to place. Migrant workers work a greater proportion of non-permanent jobs and night shifts, so much so that a reduction in that workforce is likely to cause shortages. It’s not a leap to say Oxford’s data suggests that UK workers are considerably more reluctant to take these roles, at least for the moment.

Some sectors are now seen as less viable by young people entering the job market for the first time, something that will likely cause headaches in the coming decades. Currently, this is seen clearly in the construction industry.

Compounded further by Brexit, due to construction being the second most popular sector for migrants, the lack of appeal to young workers is a serious issue. Add this to the fact that demand for construction is now accelerating in the opposite direction and it’s likely that a recruiter’s life is not about to become any easier.

The main thing that construction can do to mitigate this is improve both long term career prospects for new starters and modernise the recruitment process. However it is likely the government may have to introduce additional incentives in the future, not unlike the teaching and nursing bursaries that are currently available to those training.

Sectors Growing Faster Than We Can Recruit

COVID isn’t the only piece of the puzzle when considering a shift in the demand for certain sectors. Certainly job roles such as supermarket delivery drivers have vastly increased due to the Pandemic but there is a bigger picture that is causing an even larger hole in the UK’s recruitment drive.

From the top 10 hardest to recruit for roles, half of all sit within the technology sector. Principally that is down to a massive skills gap that won’t be filled for years, elements of the job such as coding require vast experience and skill that education hasn’t addressed quickly enough.

Even now there is certainly a case to be made for more specific computer courses to be readily available at GCSE and A level. Unless school’s do more to introduce an interest in these fields early then the number of roles will continue to far exceed the number of candidates.

Low skilled healthcare work is experiencing a similar strain. As the average age of the population continues to rise it’s understandable that demand for care workers is ever increasing. In this regard the UK government has been a little more proactive than in technology. The introduction of bursaries and dedicated advertising campaigns to shift perceptions of nursing and care roles show that intervention in certain sectors is required.

There is little doubt that additional interventions will be required soon for some industries, certainly the outlook can seem a little bleak in sectors like technology and construction where recruitment will only become more challenging. How quickly the government and businesses pivot to address these issues is the larger question, there is unequivocally enough data to back up action already.

10 Best Careers In High Demand Over The Next 5 Years- Must Read!

Are you searching for the best careers? Are you in a dilemma on which career path you should choose? Isn’t it obvious that you...
Read more
Job & Career

People always need some coaching, whether it’s for personal matters or professional ones. As a life coach, you behave as a guide for people...
Read more
Job & Career

7 Practical Tips to Change Your Career

Are you interested in changing your career? People wish to change their careers for several reasons.  You may have developed new interests or your career...
Read more
- Advertisment -