Home Business Finance What Decides The Exchange Rate Of Currency In 2021?
BusinessFinance

What Decides The Exchange Rate Of Currency In 2021? 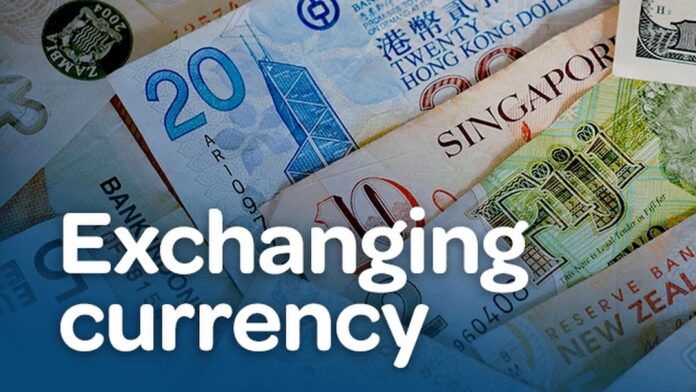 What Is The Concept Of The Currency Exchange Rate?

The currency exchange rate, in other terms, is also known as Forex Rate. It aims to determine how much of a particular currency unit could be exchanged for another unit of currency. Investors must understand the value of the home currency concerning other foreign currencies in the global market.

The exchange rate facilitates the assessment of the market value of various assets in the international market. For instance, a French investor knows the euro to the dollar exchange rate is essential while selecting U.S investments.

Governments of each nation inflict a series of rules and regulations on the exchange rates. However, one country’s currency regulations might give positive or negative results for another country’s investments.

The key focus of this article will be laid on understanding how the currency exchange rates in 2021 are decided and determined.

What Are The Different Types Of Currency Exchange Rates In The Forex Market?

Fundamentals of two broad currency rate classifications regulate the prices. A fixed rate and a floating rate. Let us understand these two vital concepts along with other categories before hopping on to the drivers of the exchange rate:

A floating rate is a regime where the foreign exchange market determines a nation’s currency price. It considers the demand and supply in relation to other currencies.

Fixed exchange rate works in contrast to the floating rate. Under this type, the government predominantly sets a nominal exchange rate firmly with respect to the other currencies. A fixed-rate or pegged rate system restricts market fluctuations even though a currency is under or overvalued.

Some countries tend to restrict the currencies by confining their exchange within the national borders. Such it is the government that solely sets the currency’s value in this case.

An exchange rate is often quoted as an abbreviation for the national currency it represents. For example, the abbreviation INR denotes Indian Rupee, whereas USD denotes United States Dollar.

In order to quote the currency pair for the Indian rupee and the dollar, we use USD/INR. The quotation here is United States dollar to Indian Rupee. The translation is 1 Dollar is trading for the equivalent of $73.19.

What Is The Lowest Value Of Paper Money Without The Portrait Of A U.S. President? The answer is $10 having the portrait of Alexander Hamilton.

Which Factors Decide The Exchange Rate In 2021?

Foreign exchange is a critical way of evaluating a nation’s economic health. It is also a tremendously effective way of analyzing the suitability worth of a specific economy in terms of business expansion.

Now that we know what currency volatility is, let us break down the common factors influencing exchange rates in 2021:

The two major market forces- demand and supply regulate the exchange rate. The amount of demand for a currency in relation to its supply will determine its value with regard to another currency.

To give an example, if the demand for U.S. dollars by Euros elevates, the supply-demand relationship will boost the U.S dollar’s price.

Inflation rates significantly impact the currency value of a country. Low inflation demonstrates augmenting currency value because of an increase in purchasing power. Oppositely higher inflation is associated with depreciation in currencies in comparison to the trading partners.

The interest rate is deeply interlinked to inflation. Higher interest rates accompany a high rate of inflation. Increased interest rates lead to an appreciation of a country’s currency because it provides lenders with higher rates. As a result, foreign capital gets attracted more that raises exchange rate values.

The Balance Of Payments (BOP) jots down all forms of international transactions and trade in a country. It has an impact on the ratio of export prices to import prices.

If a country’s economic performance is stable and has a robust monetary policy, the investors will show more interest in investing in these countries. This aspect obviously magnifies the value and demand of a currency.

The geopolitical state of a nation affects the currency when it couples with economic performance. Countries with less political turmoil would be highly attractive to international investors. Therefore, a sharp appreciation is observable for the currency value.

Summary
It is possible to conclude that the volatility of currencies in the forex market has been prevalent since 2020. COVID 19 has cursed almost all countries with economic declines, inflation, and business downsizing. It has also widely affected global imports and exports, resulting in the devaluation of the currencies of various countries.

Do you want to turn 10k To 100K? Want to know the ways to do it more efficiently? If yes, you must read the...
Read more
Finance

Maker (MKR) is a cryptocurrency that plays a vital role in the Ethereum ecosystem. It is used as the governance token of the MakerDAO...
Read more
- Advertisment -