Top 6 Websites for your Entertainment in 2021 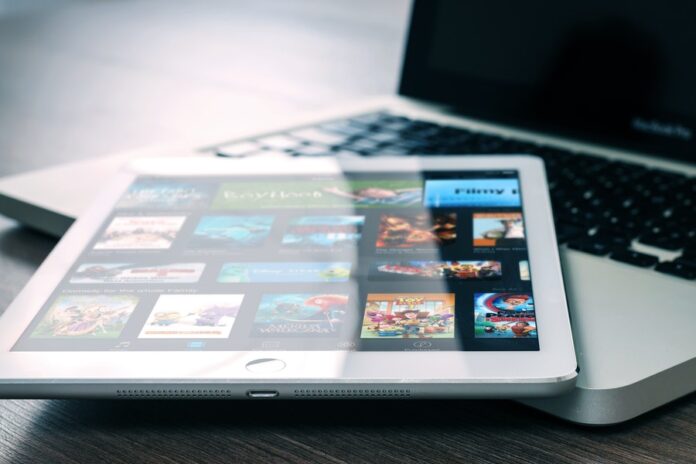 In today’s post pandemic world, we have gotten ourselves almost entirely dependent on online websites and apps for our entertainment whether it be OTT platforms, music streaming services, e-commerce services or news broadcasts to keep ourselves updated with the stature of the pandemic.

How easy it has been for us to get rid of our boredom is very surprising but also, this idea is gaining normalcy as people all across the world have gotten themselves used to it and have also started to take time out of their lives to keep their minds entertained.

So, if you haven’t gotten yourself out of the pandemic hangover yet or have just started to make some time for yourself, here is a list of the Top 6 entertainment websites that you can just open up and sit back, relax, and enjoy.

Netflix is one of the top most watched OTT platforms all across the world and it has gained subscribers by a massive amount during the pandemic recently. With a large growth in its subscribers, the streaming service also introduced new T.V. shows and movies to keep its audience entertained as well as kept old shows like FRIENDS, The Office etc. still streaming.

Netflix has proved to be a good entertainment and a sure-shot stress buster as well as a boredom remedy for people all over during the pandemic and has managed to do so by introducing new T.V. shows and movies. They include- Stranger Things, Money Heist, Too Hot To Handle, Bridgerton, You, The Queen’s Gambit etc. These are just a few recommendations you can add to your To-watch list if you haven’t watched them yet. If you are a movie buff just like us, have a look at this list of movie apps reviewed by CrunchTricks that would surely prove helpful in deciding the apps you want to keep on your devices to binge-watch your favourite movies.

Spotify has ranked to be the #1 paid as well as free music streaming service since 2020 and continues to grow so. It provides both online and offline services for its listeners and has seen a potential increase in its subscribers during the pandemic.

The Joe Rogan Experience, which Spotify has now exclusively licensed, has “performed beyond expectations” according to the company. Asli Akhada is the top podcast on Spotify in India as seen for the last quarter.

New artists like Dua Lipa, Olivia Rodrigo, Doja Cat etc. had taken the Spotify charts by a storm and their singles and albums were played by many as song backgrounds for TikTok as well. The Weeknd also entered this list after the release of his album, “After Hours” , gaining a very close position to Justin Bieber at the top. Ariana Grande shook the Pop charts by releasing her album, “Positions” with Dua Lipa’s “Future Nostalgia” and Olivia Rodrigo’s, “Sour” following behind. If Spotify is not your cup of tea, no issues. We’ve got you covered with this complete guide on Apple Music that would make installing and listening music on your device easier than ever!

BTS is the most streamed group of all time on Spotify with an incredible 16.3 billion plays of their singles and albums released worldwide. The K-pop industry has taken over the music world and has the most streamed songs as a group on Spotify whether it be from BTS, Blackpink, Twice or Red Velvet. The most listened songs of this genre would be Dynamite by BTS, Kill this Love by Blackpink, Butter by BTS etc.

YouTube is the main video streaming service for a long period of time now and has served as a major entertainment factor for many during the pandemic due to the variety of videos that can be made based on any idea.

Music videos, recipe hacks, how to guides, comedy shows, news updates etc. have a very high viewership by the young generation. YouTube content creators popularly known as YouTubers, had increased a lot during the pandemic which served as a constructive task for many before they could come out of their pandemic cocoons. This streaming service also lets the teenagers watch their favorite vloggers( video bloggers), follow celebrities or subscribe to their preferred YouTube channels.

During the pandemic, people resorted to a lot of online shopping and binge watching of T.V. shows and movies which led to an increase in viewership and subscriptions of the streaming and e-commerce services this company provides.

Discord is a platform designed for users to do text messaging, voice calls, video calls and share media and files in private chats or servers. This platform was initially designed for gamers but over the time it has seen a significant increase in the users who are not gamers and now calls itself a community for friends.

Websites like Twitch, Spotify, Xbox Live are integrated with this platform to allow gamers as well as normal users to enjoy their time by video calling and screen sharing.

This platform has been very beneficial during the Covid-19 lockdown where people were locked away in their homes and could connect and have a good time for free. Now is a good time more than ever to start your very own server on Discord that can help you in connecting with people all over the world.

CNN (Cable News Network) is a multinational news-based channel in the United States that provides the latest happenings in the world and broadcasts worldwide. It was the first news channel to provide 24-hour news coverage in 1980, and has been growing ever since to rank 3rd in all the cable viewership across the world behind the Fox News Channel and MSNBC.

During the Covid-19 pandemic, this news channel has risen to gain a good number of subscribers and now ranks at #14 in all the basic networks.

This article is all about KissCartoon. The web has been the savior of our generation. Life in the age of digitalization has become so advanced...
Read more
Entertainment

The latest Trends is watch movies online free full movie no sign up in mobile and computer. Nowadays and ever since COVID-19, every second...
Read more
Entertainment