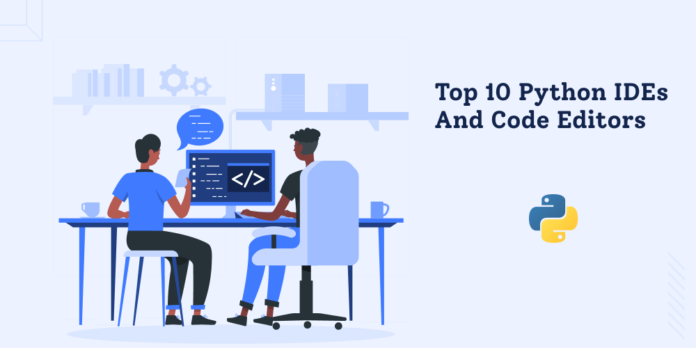 Python is one of the most efficient programming languages used to build software around the globe. Doesn’t matter if you are a learner or a professional who wants to get a deep understanding of the Python language, you need to have a deep understanding about Python’s IDE and Code editors. Let us see what they are.

A package having various equipment used and required for Python software development and testing is known as IDE or Integrated Development Environment. It consists of tools like:

A code editor for Python is software that works as a text editor for the code and performs different functionalities. Unlike IDE, code editor does not come with complex features but has simple features like-

Code editors are comparatively smaller in size than IDEs. They work much faster and are also capable of performing debugging.

Based on the industrial usage, we have listed the top 10 IDEs and CEs to help you know which one will be suitable for your Python project. 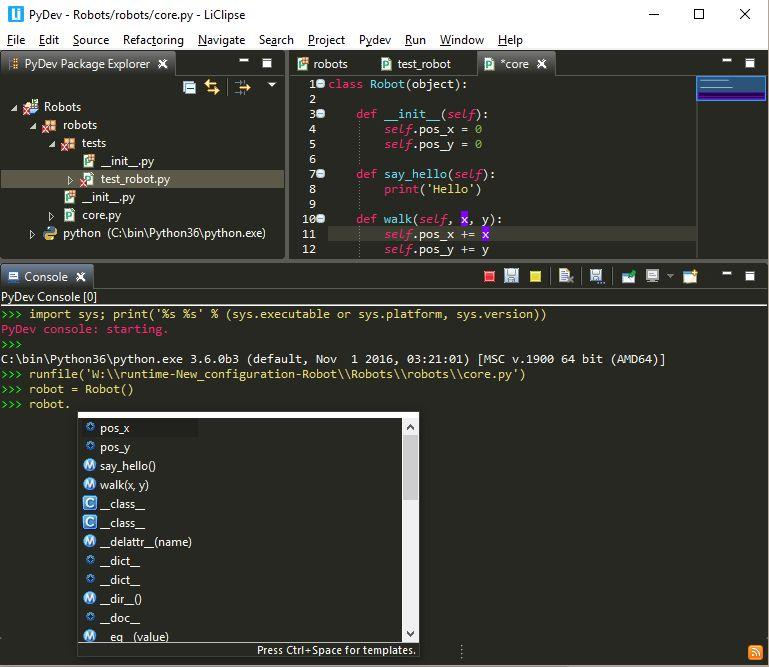 A 3rd party editor for Eclipse, PyDev is used for Python development. Since Eclipse is mainly designed for developing Java applications, Pydev acts as a plugin for it. Pydev when combined with LiClipse acts as a plugin to develop JavaScript, HTML, Django templates, C++, etc.

Also, it supports IronPython and Jython development. Since this IDE supports multiple programming languages, you can use it to improve the quality of code if you are an avid Eclipse user. 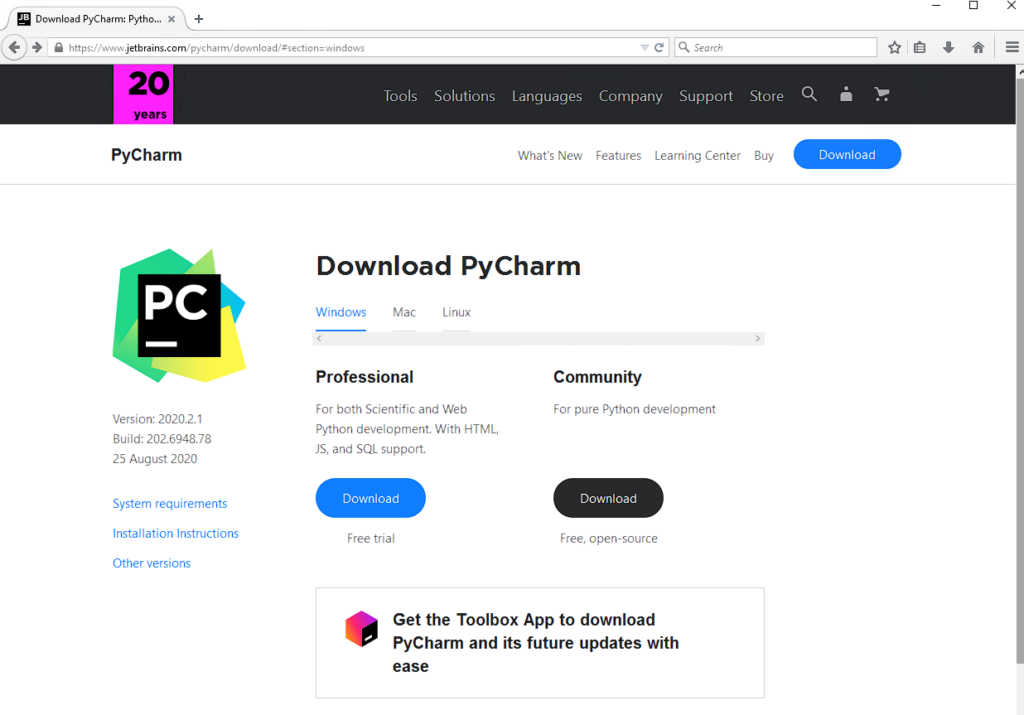 PyCharm comes with the most advanced features as compared to its competitors. It is a cross-platform IDE and supports full-stack web development. This IDE is suitable for intermediate to expert python users working in Artificial Intelligent and Machine Learning sectors.

One of the most unique features of PyCharm is its code inspection. This feature aids in reducing errors and eases the debugging procedure. Additionally, PyCharm allows the developer to create their own Python Plugins.

The simplicity of Spyder lies in its installation procedure. It is one of the IDEs specially designed for data scientists and comes with tools that can help you if you are a non-developer. To make Spyder work, it is required to install the Anaconda distribution used in Machine learning and Data Science. 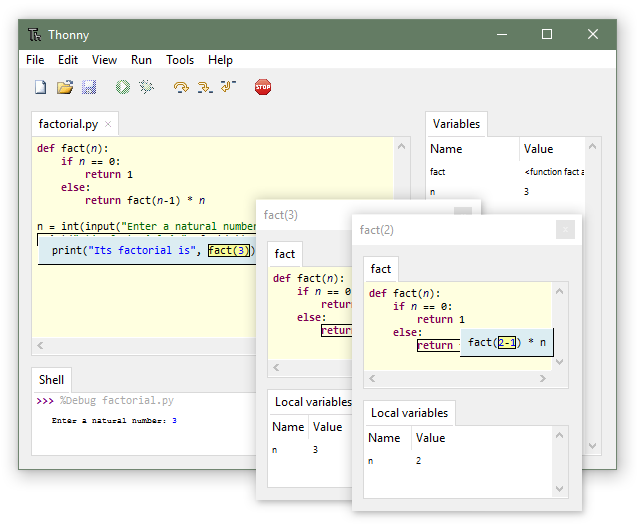 Thonny is an IDE designed particularly for beginners in Python development. All the functionalities are made a bit easier and simpler to use in this IDE. It is only useful for simple and small programs only.

If you want to write a complex code and make it work then you have to eventually switch to another IDE. Thonny’s UI comes with multiple yet basic features ranging from syntax highlighting to auto-formatting.

Specially developed for beginners in Python development, Integrated Development and Learning Environment (IDLE) is a cross-platform open-source software. If you are new to Python programming then IDLE can help you create small projects like office automation. This IDE comes with an interpreter that is highly interactive and also allows smart indentation.

With a motto to have software that is free and offers customization in programming, GNU Emacs was developed by Richard Stallman. Though Emacs’ extension language is Emacs Lisp, it can also be used as a code editor to develop Python programs.

Visual Studio Code or VS Code offers support for multiple languages and platforms. To develop Python programs you can add the extensions and have your own Python development environment. It was introduced by Microsoft and is an open-source code editor that can be used without making any payment. 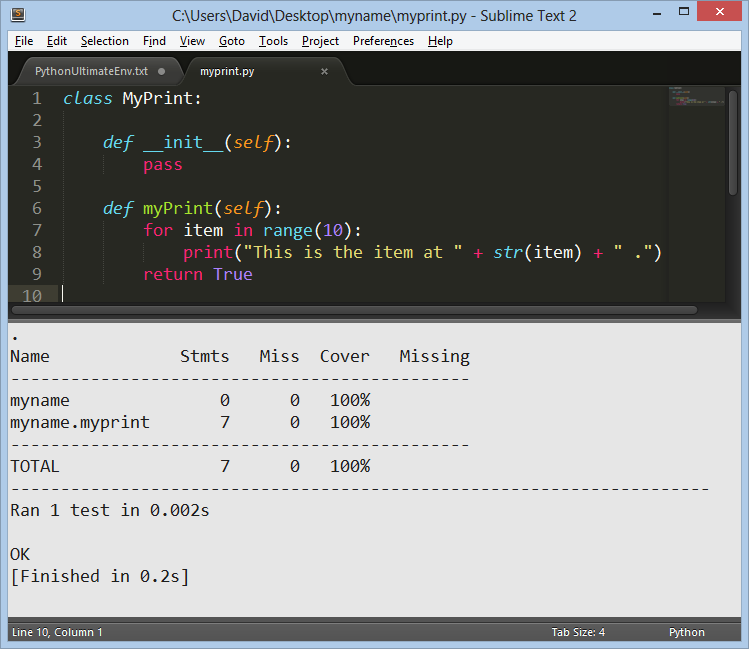 The interface of sublime appears very neat and clean plus free from clutters that might interrupt a developer’s working. Sublime is considered one of the fastest and efficient performance editors amongst the top code editors. Whether you are a beginner or an expert in Python development, Sublime can be used by all types of developers.

It is one of the simplest open-source cross-platform having all the basic features of a Code Editor. The framework used for building Atom is called “Electron”. Electron is made by GitHub and is used to develop software by using programming languages like JavaScript and CSS.

Atom supports the “Python” language by installing the extension while the software is running. One of the most important features behind Atom’s success is “Customization of the interface.” 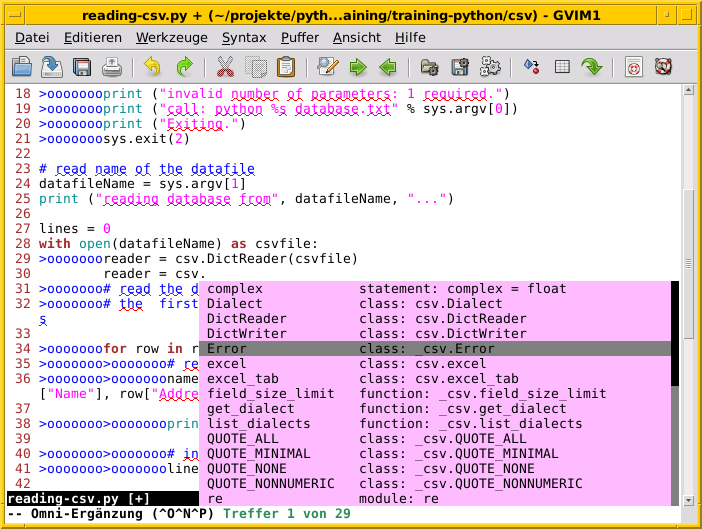 Vim is a code editor having no UI (user interface) of its own. It allows you to customize the UI by using VIMscripts. It is the advanced version of VI that supports codes in different programming languages.

All the above IDEs and CEs have their own share of pros and cons. We have eased your work of searching for the right IDEs and code editors. Based on parameters like the size of the project, platform to be used, and your budget you can now select one editor and start your Python project. If you’re a beginner in the field, you must have an idea about these IDEs and CEs as companies look to Hire Best Python Developers who are well versed with these tools.