8 Most Crypto-Friendly Cities in the World 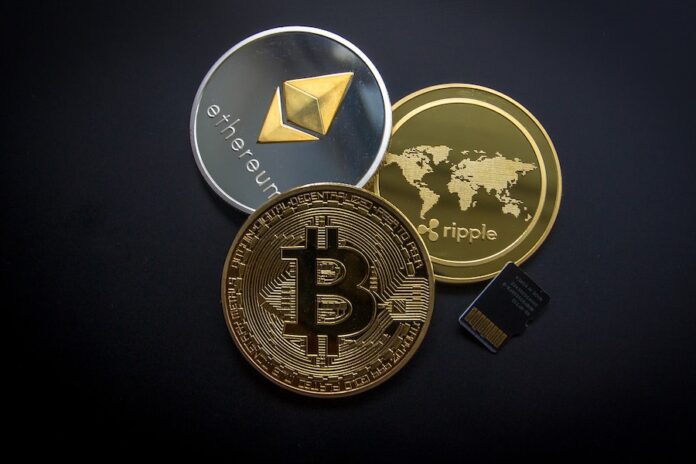 The cryptocurrency network is made up of people from all around the world who have become increasingly accustomed to the digital world. However, despite their acceptance of a decentralized society, physical locations are still crucial because nobody can live totally within a blockchain, right?

So, without wasting any more time, let’s look at some of the most crypto-friendly cities around the world.

Among the world’s top thriving technology centers, San Francisco is a prominent crypto center. Coinbase and Kraken are two San Francisco-based crypto exchange services. From pubs and restaurants to hotels and shops, over 100 businesses now take cryptocurrency. The Bay Area continues to be the hub of the crypto world. There are 437 cryptocurrency ATMs in the Bay Area, including 65 in San Francisco.

Early on in the history of cryptocurrency, BitLicense, a legal structure operated by the New York state government, forced firms like ShapeShift and Kraken out of the market. But now, 8.4 million residents of the economic and technological center can use their cryptocurrencies at roughly 30 local businesses. Whether it’s btc/gbp or btc/usd, you can easily cash in your bitcoin wherever you go.

London serves as a center for trade, and tech, among other things. In light of this, it is understandable that the city has adopted cryptocurrencies. Due to its prominence as a global financial center, London has traditionally had an advantage in luring crypto entrepreneurs.

With 8.9 million inhabitants, 50 cryptocurrency ATMs, and roughly the same number of businesses accepting cryptocurrency payments. The city is home to several firms, including Coinfloor, which is U.K.’s first and oldest cryptocurrency marketplace. Numerous meeting clubs for cryptocurrencies like bitcoin and others exist in London as well.

Over 40 businesses in this big city claim to enable their users to pay through crypto, and there are a startling 651 cryptocurrency ATMs and operators. The Miami Cryptocurrency Conference, among the biggest and longstanding conferences in the cryptocurrency sector, is also held there. The city’s administration is attempting to entice blockchain companies to its community. Blockchain.com, a cryptocurrency marketplace, said in the summer of 2021 that it would relocate its U.S. offices from New York City to Miami. FTX purchased the Miami Heat stadium’s trademark privileges for millions of dollars.

Because of Singapore’s crypto-friendly policies and commercial expansion potential, numerous companies moved there when China outlawed cryptocurrencies. Comprehensive legislation in Singapore regarding cryptocurrencies ensure greater confidence and better-informed business decisions. There are now 400 cryptocurrency companies established in the nation. A Guide to Digital Token Offering, published by the Financial Authority of Singapore, outlines how the state’s security protocols affect and apply to token investments.

According to Singapore’s Technology Infrastructure Office, only payment tokens are influenced by their legislation, not utility tokens. Clubs, restaurants, and other establishments frequently allow cryptocurrency payments in Singapore. Due to the absence of taxes on capital gains in the nation, neither businesses nor people that keep cryptocurrencies for protracted investments are subject to taxes.

The Canadian capital is starting to emerge as one of the world’s top crypto-friendly cities. In this city, citizens can use cryptocurrency to pay for a wide range of products and services, including supper, beverages, rents, garments, dental services, and even housing costs. NOWPayments is a Canadian company that enables Toronto-based businesses to set up crypto-payment platforms.

The platform is suitable for e-commerce projects built on WooCommerce and Shopify marketplaces, which show support for these cryptocurrencies. Through NOWPayments, many charities even accept cryptocurrency payments. Keep in mind that although governmental initiatives are being taken to rectify this, cryptocurrency is still not recognized as a legal currency in Toronto. Due to all of this, the city is quite appealing to people wishing to lead a crypto-friendly lifestyle.

The Dutch city of Arnhem is also known for being a self-proclaimed bitcoin city with thousands of merchants accepting the cryptocurrency. Cryptocurrency-paying customers are sometimes provided discounts at these establishments. Paying for the service can be done using BitKassa, the Netherlands’ third-largest bitcoin payment processor.

As Israel’s tech hub, Tel Aviv is also a hotspot for startups, with more startups per capita than any other city outside California. Technology like blockchain is no different. Among Israel’s 150 blockchain companies, 90 are in this city of 432,000. The Unbound Security company, which stores digital assets with a new type of cryptography, was bought by Coinbase in November 2021. Earlier this year, Bitcoin lender Celsius Network also opened an office there.

Do you want to turn 10k To 100K? Want to know the ways to do it more efficiently? If yes, you must read the...
Read more
Finance

Maker (MKR) is a cryptocurrency that plays a vital role in the Ethereum ecosystem. It is used as the governance token of the MakerDAO...
Read more
- Advertisment -