Home Application iOS Development: The Past, Present and the Future of iOS Apps
ApplicationTechnology

iOS Development: The Past, Present and the Future of iOS Apps 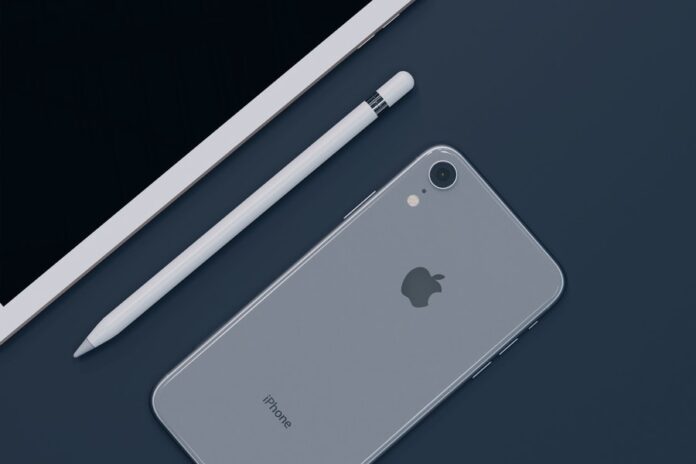 From the past few years, the mobile app development industry has been flourishing with immense thrust and has had a huge impact on our cultural life. Today, most of us own a smartphone with dozens of mobile apps installed in it. Mobile apps have become a quintessential part of our daily fabric. In a nutshell, it is impossible for us to imagine a world without mobile apps.

According to a study, an average mobile user normally spends two hours and 11 minutes per day on mobile apps.

If we take a look at the last decade, the number of mobile apps has exploded in a massive way. All thanks to Apple and its operating system – iOS.

Initially launched for the first-generation iPhone, iOS is now extended to support other Apple devices too such as the iPod Touch and the iPad.

Steve Jobs first unveiled the original iPhone during his keynote address at Macworld 2007 and since then the popularity of iPhone and iOS mobile apps is accelerating at an extraordinary pace.

In the year 2018, Apple’s CEO Tim Cook announced that Apple had 20 million registered developers on iOS who made around $100 billion in revenue for some 500 million weekly visitors to the App Store. Isn’t it, impressive?

Incorporated by millions of people across the world, iOS app development takes advantage of extensive APIs and libraries to streamline development and use Xcode tools to simplify testing.

Now that you understand the concept of iOS app development, let’s dive deeper and explore its past, present and future with the help of experts from a Melbourne web design company.

As mentioned above, iOS 1 was launched in the year 2007 by Steve Jobs. At that time, Apple had limited features and no App Store. But the iPhone revolutionised the world of mobile phones with its capacitive touch capabilities and make the whole experience of a smartphone smooth and swift to users.

Instantly, iPhone 1 became a huge success and a magical product, way ahead of any mobile phone at that time. Later, Apple launched its App Store with 552 products in the next year or so for their iPhones. And within a week or so, the App Store experienced nearly 10 million downloads, which were quite incredible at that time.

iOS app development technologies have improved immeasurably over the last decade. With its latest version – iOS 13, there are a set of enhancements and new feature additions introduced to its mobile apps. These features include dark mode, device unlock through face ID, sign in with Apple in users’ account systems, new portrait lighting, improved Siri voice and much more.

At present, there are more than 2.2 million iOS apps available on the App Store.

As Apple is skyrocketing at a great pace, it is offering some great features to its mobile users. The changes we have seen in the last 13 years are a testament not just to the technological progress, but to Apple’s ability to reinvent its operating system over the years. Today, iOS is the second most popular mobile operating system in the world.

In the coming years, it is certain that Apple and iOS will reach new heights of technology and will be a goldmine for mobile app developers all around the world. It is apparent that iOS will take a huge leap ahead in the future, making adequate arrangements for the future. There will be more features like voice control (Siri) which has taken a leap forward in the last couple of years. With programming languages like Swift, many technological developments are taking place, plus, 5G will be out soon. So, it is expected that iOS apps are going to improve with its speed, functionality and features.

As more businesses are moving towards mobile apps for the marketing of their goods and service, iOS apps are evolving with higher degrees of functionality, providing unique opportunities to users to engage with brands on a personal level. In short, iOS will continue to be a leading mobile development platform in the future.

This information states how iOS app development has continued to swing more strongly into its developer ecosystem and app marketplace. As iOS mobile apps are growing fast in popularity, Apple is giving you access to new features and brand awareness that are simply not possible using only the mobile web. The way iOS app development is flourishing, we can say for certain reasons that its future looks bright and vastly different from the contemporary technologies.

Apple is the mobile app development industry leader, but what is its current status and where it is going to head. To find out, let’s take a look at the past, present and future of Apple development.

Jessica Richards
Working in the web design industry since 2006, Jessica is a passionate professional who is always driven by her entrepreneurial spirit. Jessica has worked successfully on numerous web design and development projects with many well-known clients. Visit website https://www.digitalpieces.com.au/