Before the Pro: The Evolution of the MacBook 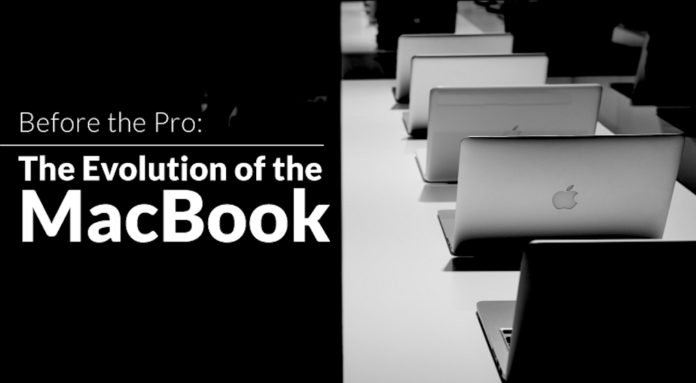 The iconic MacBook Pro is popularly known as the go-to laptop for students and professionals. As a highly capable computer that boasts of a perfect balance of function and design, MacBooks have revolutionized the way its users approached productivity.

In terms of design and overall functionality, Apple’s lineup of laptops has come a long way. With its retina display, lightweight build, and smart interface, it is highly desired by both companies who want to improve their efficiency and digital nomads who want to have an optimized browsing experience wherever they go.

However, just like any other gadget in the tech market today, it also had humble beginnings. MacBooks underwent several series of transformations over the past few decades, leading up to what it is today. Even though this laptop model was introduced in 2006, very few people knew that Apple’s first portable computer (Macintosh Portable) actually came out in 1989.

During the company’s earlier years, Apple used different names for its laptops and computers. For its debut in 1991, Apple introduced its first official laptop as the PowerBook, and it eventually went on to become a huge success.

As a laptop ahead of its time, the PowerBook 100 featured a setback keyboard, space for palm rests, and a trackball placed in its center. This user-friendly design eventually set the standard for laptops in the years to come.

For the next 15 years, the minds behind the PowerBook worked tirelessly to improve its capabilities. As the last model they produced in the PowerBook series, the PowerBook G4 was dubbed as the MacBook’s immediate predecessor. With its compact and slim design, this model eventually laid the foundation for the MacBook Pro’s structure and build.

The Era of the Pro

Fast forward to 2006, and the MacBook Pro was commercially introduced. In as fast as two years, it immediately rose to popularity and became the best-selling laptop across any brand in the United States. Since it’s release, Apple has been able to implement cutting-edge innovations and develop new models that simply overpower the previous one.

Even though Windows may still be the most used operating system in the globe, MacBooks have gained a lot of traction across industries. Known to be the preferred laptop of creative individuals, professionals from other industries have started to see what it can bring to different fields such as communication, programming, and gaming.

Nowadays, you can see companies from various industries being powered by the latest Apple technology. Setting the standard for laptops, the MacBook has turned into a must-have. Other than the MacBook, Apple’s iPhone, iPad, and other notable innovations are also for the brand’s overall success.

If you want to learn more about how the MacBook and Apple became one of the most dominant forces in the tech market, the infographic below will give you a brief timeline of the evolution of MacBooks.