iOS V/s Android: Why iOS is Better than Android? 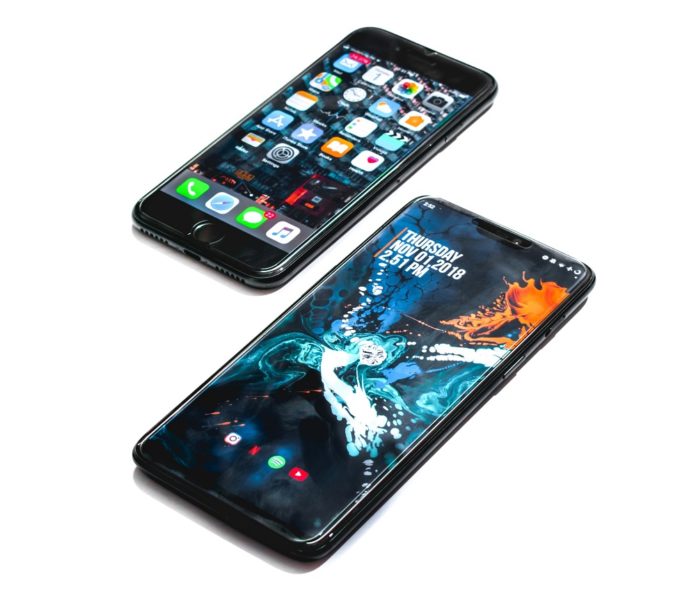 The world of mobility is divided between two major platforms, namely, iOS and Android. While the iOS platform boasts of its iPhone and iPad range of devices and the App Store as the marketplace of apps, the Android ecosystem is spread across devices from many device manufacturer brands. It has Play Store as the marketplace for all Android apps. Undoubtedly, both as the leading and irreplaceable dominant OS platforms and mobile app ecosystems compete with each other.

Irrespective of their competition and prying for the market, app makers and the businesses are often confused about which platform to give more priority and precedence. Though iOS has a wider presence across the largest number of mobile devices and flagship phones, iOS still dominates the mobile app market with the biggest revenue share, brand value, and business conversion opportunities.

Do you still want to know why iOS is better than Android? Well, let us provide here some of the best reasons that go in favor of the iOS platform.

iOS is the operating system for the iPhone range of devices, which still leads the innovation in the smartphone market. Irrespective of the emergence of several leading flagship manufacturers, the iPhone still leads the way ahead of others in terms of innovation. The latest iPhone launched every year represents the most advanced smartphone with cutting edge features and user experience. This leading role in terms of hardware gives iOS apps an edge over Android counterparts.

Apple iOS has a very integrated ecosystem comprising its own iPhone and iPad range. Every iOS version is specifically developed, keeping the number of iPhone and iPad versions it will support. The users of the iPhone and iPad can easily enjoy a streamlined and made for each other experience thanks to this hardware and software integration. Thanks to this, many proprietary features remain constant for any iPhone device.

In complete contrast, Android operating system versions are launched independently while the device manufacturers need to comply with the features and functionalities of the OS version they are going to support. This loose integration of hardware and software front doesn’t allow the Android platform to maintain consistent user experience across devices.

Android Play Store boasts of an app volume of 2.5 million, while the iOS apps in the App Store stand at 1.8 million now. This difference in terms of number can also be explained by the quality control measures and app market guidelines that these two platforms follow for their apps.

While both operating systems have their own pros and cons, Apple App Store guidelines and quality control measures are stricter and more rigid. This helps the App Store to maintain a greater emphasis on quality compared to the Android Play Store, which often releases apps with under-optimized performance or bug issues.

Thanks to this quality control and continued standard of excellence, iOS apps generate bigger revenue, and this is another reason why the iOS platform boasts of fewer free apps compared to its Android counterpart. The excellence of iOS apps also reflects in their success in monetization.

The app marketplaces of both platforms, namely Apple App Store and Google Play Store, remain at the very heart of mobile app development and marketing. It’s not easy to showcase millions of apps across niches in an organized manner, and both Google Play Store and Apple App Store have some shortcomings in this regard. There are merits and demerits on both sides, but on the overall measure, the iOS App Store is considered to be more organized, user friendly, and sophisticated.

The App Store allows users to buy and install apps with just a single fingerprint touch or FaceID recognition in the latest iPhones. This ease of use and effortlessness of browsing and purchasing apps is what makes iOS a great platform besides other positive attributes. In terms of curated content, easier search, and stricter quality control, iOS App Store fairly has the edge over the Android Play Store.

Unbeatable Security of the iOS Platform

App security is a crucial concern for app developers and marketers across the spectrum. One single instance showing the compromising security of your app that can easily be tampered, and the fate of your mobile app can just be doomed. While not everyone purchases a smartphone considering data security, this becomes a key concern over time, and it can take a toll on your user experience in the long run as well.

As of now, iPhone devices running iOS versions have been least exposed or vulnerable to security threats. In contrast, the vast majority of malware attacks and cybersecurity threats originate from Android devices. So, if you are looking for a highly immune app platform where maintaining data security is easier, you should opt for the iOS platform.

Every year after the release of the latest iOS version, thousands of web content appear discussing the subtle changes brought with the iOS UI elements. Yes, during the last such update, we got the dark mode, which is broken from the white background interface of iOS apps.

Whether it is minimalism or the use of white or negative screen space or the utilization of fonts and layout in a creative yet less distracting manner, on every count iOS apps excel. For the aesthetic beauty and usability of the interface, iOS apps are far more superior to the Android.

iOS is a sophisticated and innovation-leader in many respects. Android is still struggling to deliver a consistent user experience. Though the Android market share is growing at a rapid space, iOS is still in the leading position.