How is Blockchain Technology Making Telemedicine Apps Secure for everyday use? 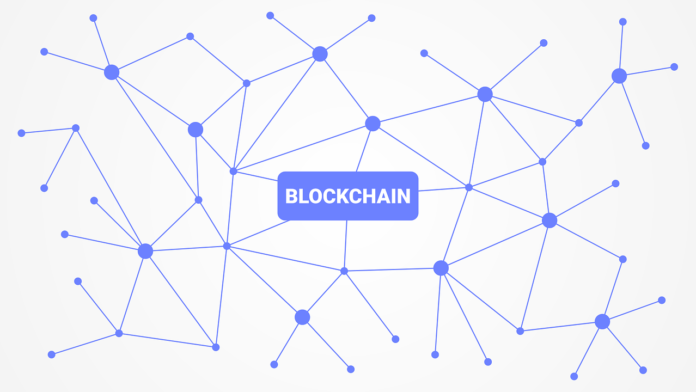 “Remote healthcare facility”, the wave that has seen a sudden surge in its usage with the arrival of the unprecedented COVID-19 outbreak.

Telemedicine apps that work on the concept of delivering healthcare over telecommunication tools have thus acted as a boon in the era of social distancing. But with the increase in the use of remote healthcare facilities, the amount of patient data generated every second has seen a 3X growth which eventually raises questions on its storage and security.

As practitioners and patients are connected via video or audio call and a huge amount of patients’ sensitive information is shared through the app, a small chance of data breach attack can create a sense of distrust on the app’s usability among its users.

Blockchain, the technology that’s known for its unique way of data storage and security, can help solve these Telemedicine app security questions by implementing its various attributes like decentralization, security, and immutability.

So before we move further towards knowing the security benefits of blockchain for a Telemedicine app, let’s know how the blockchain security actually works and how it can be used for the healthcare industry.

How does blockchain security work for Telemedicine apps?

Blockchain technology as the name suggests stores the data in the chain of blocks. Here the huge amount of patients data recorded by the telemedicine apps is distributed into data samples. These blocks containing data are encrypted with SHA256 hash and thus have its unique hash id, which acts as an identifier of the data block.

The blockchain technologies transfer data in a unique way as here blocks containing the data are added with the hash number of the previous block to easily help streamline data and make it harder for a data breach attacker to break the network.

The working of blockchain technology completely relies on cryptographic and its hash functions. The algorithm works to get specific information which on applying hash functions generates hash codes that are harder to break. This fully secured data storage and transfer method act as a great security advantage when implemented in the telemedicine apps.

Using blockchain the medical records are stored in a decentralized format or fragmented systems encrypted using hash codes. A secured private network using a blockchain can also be created to ensure only verified users can access the data.

Moreover, the security can also be improved by adding a digital signature at the time of the patience data generation which can then be added to the blockchain network. This acts as proof that the data is not hampered and the arrived data are in the right format.

The sharing of sensitive healthcare data is a crucial aspect of healthcare apps. Leveraging the blockchain technology, the data is stored in the distributed P2P architecture in the form of nodes and is encrypted with the hash codes.

While transferring the data these blocks containing the respective hashcodes are added to the transactions to release the packets in the linear chronological order. As the number of blocks leaving one device is verified and cross checked while it enters the receiving device that has its decryption key, the assurance of a secured data transaction is done at the other end.

Blockchain technology has the power to let its receiving user know in case someone illegally tries to access the data during the data transfer process. Here the blocks containing and the hash codes can change the content inside automatically if someone tries to tamper the data more than three times.

Healthcare data management and storage has always been a concern for healthcare app developers and owners. With blockchain’s distributed network and the shared ledger, the data is stored in a distributed manner and the digital transactions are also recorded in the network to verify it with the members on board.

This information of the fragmented systems can be used for the data analyses to generate various patterns and insights that can help improve healthcare service and operations to make it more user friendly and provide improved care.

IoT based wearable healthcare gadgets help to keep a track of patients medical records and real-time changes in the body measurements, like cholesterol, blood pressure, sugar level, and heart rate. This information is very sensitive and can be of great use for the doctors treating through telemedicine apps.

Deploying these IoT devices with Telehealth apps can make it easy for the physicians to analyze and keep a track of the changes happening in patients’ bodies at any time. This deployment requires the transfer of patients’ data in a secured form from IoT devices.

Blockchain helps in installing these healthcare IoT devices as a decentralized application on the Telehealth app network thus improving the service within the security network.

Medical data storage is a big problem for any medical apps as the data when stored in a centralized format makes it harder for different people to access it easily. Moreover, this also increases the chances of data corruption in one go, as there is only one storage and access point.

With blockchain, decentralized data access attribute, no need for central data storage as it is eliminated by cleverly distributed cryptographic functions to make the data access easier for both patients and the doctors. Blockchain helps in streamlining these data accessed from different storage and ensures data security by sharing it with the chained process.

Telemedicine is a boon for the people living in a remote area where accessing basic medical care is also a challenge. In today’s time of COVID-19 and social distancing, these remote healthcare apps are serving thousands of people from the safety of their homes, but the only thing that acts as a hindrance to the app’s success is keeping the sensitive patient’s data secured by ensuring its safe transfer.

With advanced technology like Blockchain, the storage, access, and transfer of these patients data becomes more secure and thus protecting the telemedicine app and its infrastructure against any data breach or hacking attack.

Parth Patel
Parth Patel is a serial entrepreneur and CEO of SyS Creations – a leading managed IT services firm focused on technology-driven healthcare solutions and telemedicine app development with a customer-centric, journey-first approach. Operating the IT Infrastructure of Healthcare SMEs and startups keeps him on his toes and his passion for helping others keeps him motivated.

The technology behind the infamous application ‘Bitcoin’, blockchain is an open, distributed ledger that enables the maintenance of records of transactions in a safe,...
Read more
Application

Guide to Saving Mobile Data on Your Android Smartphone

More and more people are now going mobile when they want to connect to the internet. So, it’s no surprise that mobile data usage...
Read more
Blockchain

5 Steps to Implementing Blockchain in Business

If you are looking forward to buying or selling a house, you might be considering the benefits and drawbacks of hiring a real estate agent....
Read more

Putting your house on the market is a big decision, and you need to think smart if you want to get the desired amount...
Read more

The Ultimate Guide to Trustee Malfeasance

A trustee, at its essence, is an individual or an entity appointed in the trust. They are responsible for managing the assets/funds and ensuring...
Read more

Did you know that more than 90% of the searchers don't bother to click on paid search results against any query? It means you...
Read more
Load more