Home Pets 5 Most Popular Cat Breeds in The World
Pets

5 Most Popular Cat Breeds in The World 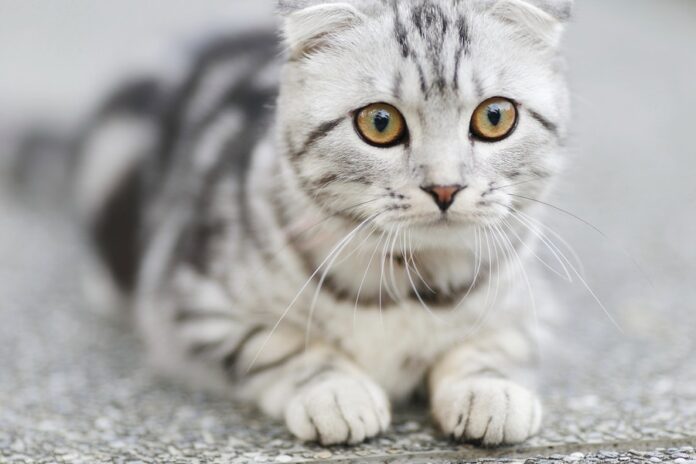 Cats are incredibly adorable creatures. They possess some physical features that make them irresistible to us humans. From their big eyes to their soft, cuddly bodies, it’s difficult to not love these amazing felines.

Here in the U.S., owning at least one breed of this animal is fast becoming a trend. There are 46 unique cat breeds recognized by the Cat Fanciers’ Association (CFA) as at the time of writing this article. Cat lovers have a wide range of options to explore when searching for a new furry friend.

With more people taking a liking to cats and thinking of owning one, a lot of pressure is being mounted on feline specialists to release more cat breeds information to help them make a decision. At the moment, cats are grouped into three categories- purebred, hybrid and domestic.

Every year, the CFA releases a list of the most popular cats in the world. This list is influenced by the number of registered cats throughout a given year.

Developed in the 1960s by Ann Baker an American breeder, the ragdoll has become the most popular cat in the world. They have blue eyes and a colorpoint coat that is soft and silky.

Like rag dolls, the ragdoll breed is known for going limp when picked up. Their extreme docile nature has led people to believe they are pain-resistant. Its popularity also comes from its affectionate nature, and intelligence which makes it easy to train.

Ragdolls are among the largest domesticated breeds of cat. An adult female can weigh up to 15 pounds (6.8kg). Males or tomcats of this breed are significantly bigger weighing up to 20 pounds (9.1kg). Ragdolls have six different color variants. To see how this breed looks, you can click here.

Second on the list is the Exotic Shorthair. They were developed to be a short-haired variant of the Persian. Their most distinct feature is the flat nose and face they possess.

The Exotic Shorthairs have a gentle nature but unlike the Persians, they are livelier. They are also very curious and get along with dogs and other cats. Exotics are also known to be very affectionate which endears them to humans much like the ragdoll.

This breed of  is medium sized with fully grown females weighing around 7 pounds (3.5kg) and males around 12 pounds (5.5 kg). Their size makes them excellent lap cats that are comfortable to carry around by most people.

Exotic Shorthairs are perfect for cat lovers in busy cities like New York. Their gentle, calm personality makes it easy for them to be kept indoors round the clock.

The Main Coon often called Coon cat is considered the largest domesticated pedigree species of this animal. It is among the oldest natural breeds in the U.S. Native to Maine, hence its name; it is the official cat of the state.

Coon cats are very sociable which has earned them the nickname “gentle giants”. They are intelligent, making them easy to train and teach tricks. Unlike other breeds, Coon cats aren’t exactly lap cats. This is largely because they are independent although their size could also be a major factor.

They are gentle and relaxed around cat-friendly dogs, and children. They are also very playful and vocal which makes having them around fun.

Being naturally big cats, these gentle giants can grow to lengths of up to 97 cm. On average, adult females can weigh up to 12 pounds (5.5kg) with males weighing a staggering 18 pounds (8.2kg).

The Persian cat was first bred by English men but after the Second World War, Americans championed the breeding of this species.

They are sometimes referred to as royal cats as many glamorous celebrities favor them. Persians are characterized by their short muzzle and round face. They have a long and thick coat, with large eyes and ears set farther apart than other breeds.

This breed is friendlier to strangers than other breeds and are well known for their cleanliness. They are medium sized and can grow to lengths of up to 25cm. Female Persian cats can weigh between 7.7 and 12 pounds (3.5 and 5.5 kg) while males can weigh above 12 pounds.

This cat breed dates as far back as the first century AD. They were bred by the Roman to keep their camps snake and mice free.

The British shorthair has a thick, plush coat with short hairs. They can be recognized by their broad chests, thick legs, and chubby cheeks. Among its distinguishing features are its deep coppery orange eyes that stand out. Learn more about the British shorthair’s features here: https://www.youtube.com/watch?v=7uSj90V5lpE

This breed is not as playful and active as others but this doesn’t make them any less affectionate. Male British shorthairs can weigh up to 16 pounds (7.7 kg) and females up to 12 pounds (5.5kg). British shorthairs tend to become obese if their diet is unchecked.

With purebred cats having known traits and behaviors, they are a common recommendation to people looking to own a feline pet. Hybrids on the other hand should be avoided as they are crossbred with their sisters in the wild and can exhibit inappropriate behaviors and could be dangerous to little children.

Our pets scatter smelly toys, mud, and plenty of fur all over. They also fill our homes with love and companionship that's more than...
Read more
Pets

What are the Primary Steps to Take When Your Cat’s Eye is Infected?

Pathogens, such as fungi and bacteria, can infect all organisms, and cats are no exception. Infections are fairly common amongst cats, so you should...
Read more
Pets

How to Treat Pigs the Right Way during Farming

Like any other domestic animal, pigs need some quality caring, especially watering. Because water is essential for any living organism and pigs, it is...
Read more
- Advertisment -