Home Business Are Franchises Going To Be The Next Big Thing In The Business...
Business

Are Franchises Going To Be The Next Big Thing In The Business World? 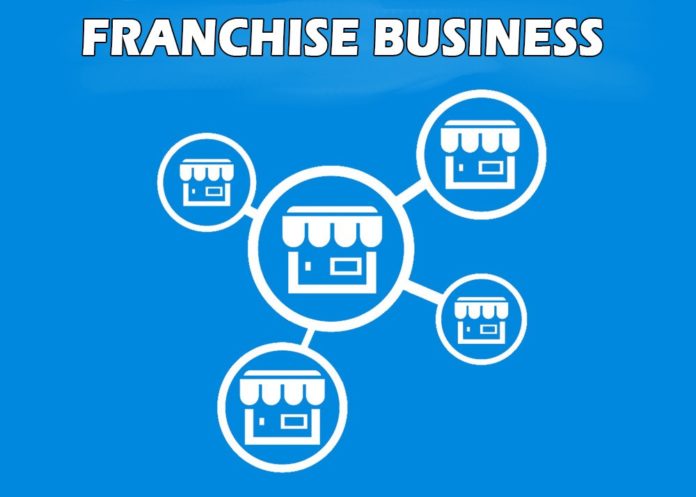 The business world is pretty diverse. There are more categories and sub-categories of businesses than we can even fathom. All of these have one thing in common. It is the businessman’s dream of making his company as successful as he desires.

For some this happens, while for the others, it remains a lifelong dream. The chances of a business achieving unparalleled success are quite slim. However, there is a category that may be able to parallel to the success of an existing business. It is the endeavour of franchising. Let us find out what it is all about.

WHAT IS A FRANCHISE?

I will start with a scenario. Imagine there was a very successful business, which had over a thousand branches all over the world. The owner found it extremely difficult to monitor all of those and keep them profitable year-round.

So what can he do in a scenario like this?
Does he still perform his duty of overlooking all of them by burdening himself?
Or should he close the ones that are too troublesome to stay sane?

What if I told you there was another way out of it?

A business that has numerous branches spread all over the world usually decides to sell the rights of using its name to a new entity for a significant price by signing a contract generally for a year. The franchise owner gets the opportunity to set up his business and start earning profits off of the name of a different organisation.

It is the meaning of a franchise. The seller or the franchisee will give all the privileged knowledge of the business to the buyer. It includes;

Usually, franchises are taken up by Multi-National restaurants chains, fitness centres, supermarkets and the likes. McDonald’s, Domino’s, Swarovski, Molly Maid and Costa Coffee are amongst the 20 most lucrative franchises in the UK.

BENEFITS OF OPENING ONE

If you are dedicated and hard-working enough, then there are minimal chances that your franchise ownership will not let you earn your desired income. The three most apparent benefits are;

A franchise is only offered by the most renowned and successful companies in the world. These are the companies that have already established their mark in the business world. An organisation like this is bound to have goodwill that could be valued in millions. So, when the prospective business owner decides to take on a franchise, he is going to take advantage of a name that will bring him the most benefits.

Whenever a new business is formed, the first few months bring along non-existent income. The early years only allow the businessman to break even with his investment, and then the profits start flowing. Since the franchisee has a flourishing business, the new owner will have no worries in the initial stage.

Business loans are immensely difficult to get approved. There are a lot of obligations that need to be fulfilled, and the lender must think that your business idea is going to work for you to become able to repay the loan.

In the case of franchises, the business idea has already proven to be successful. So the banks and other lenders are providing these as if they were 100% guaranteed loans in UK and the rest of the world.

DRAWBACK OF INVOLVEMENT IN FRANCHISE

Until now you must think that a franchise is only going to bring you profits and that is true. However, it would be foolish to believe that this form of business does not have a darker side. The few limitations that it has are;

A franchise will make you an owner for the time being, but you will not be an owner in the complete sense of the word. For instance, you have taken on the franchise of KFC, which is pretty successful. The real owner has a specific direction for the company reflected by the items on the menu and their pricing and offers.

A franchise owner will not be able to change this direction by incorporating his ideas. In a simpler world, he is like a butler, who has to do as commanded without any input.

Franchises may be very prospering, but they are also costly. Such a business can cost you from £30,000 to £100,000, and this is just the price of the company’s name, and the cost of set up will be calculated separately.

The most coveted McDonald’s is priced at 45,000 USD for the franchise with an initial investment of one to two million USD. This cost could be impossible for many of us.

Both these drawbacks may put you in a conflict, but they need not. The initial investment may seem like too much, but trust me; you will have plenty of time to get back what you paid plus enough profits to last more than a few years.

In the end, all I want to say is that a franchise business can become you and your livelihood and let you save enough to plan your Euro-trip next summer. It is more than beneficial in terms of money and will give you less of a headache than a start-up.

So, if you can accumulate the means, you should tap into this segment of the business spectrum.

Are you considering filing a DBA registration? You’ve come to the right place! A DBA (“doing business as”) registration is an important step for...
Read more
Business

What Should I Look for While Buying a Laser Marking Machine?

Whether you're considering buying a laser marking machine or have already started looking for one, it's important to make sure you're getting the best...
Read more
Business

With so many factors to consider, it's no wonder that coming up with a good business name can be a challenge. But don't worry,...
Read more
- Advertisment -