Amazing Marine Life of Australia – Best Places to See It 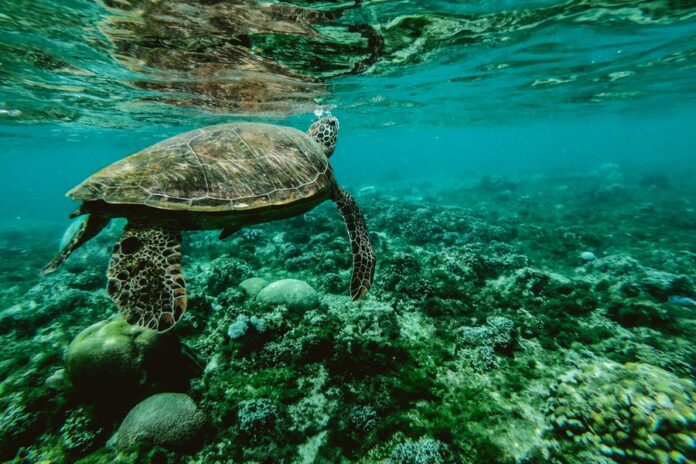 Australia as a continent has enviously diverse wildlife as well as marine life, so there are plenty of surreal things to see and experiences to attain. Some of these breathtaking experiences include diving in Australian waters and swimming with some of the most popular sea creatures, or, at least, having a chance to take a close look at them. There aren’t many places in the world which offer such an opportunity, so if you can, take it by all means! Some of the majestic marine creatures you can see in Australian waters include a few types of whales such as humpback whales, killer whales, dwarf minke whales, whale sharks – among others. Besides whales, you can also see up-close other species of marine life including seals, dolphins, turtles, sea lions and manta rays. If you are an adventurer, you can even choose to see certain animals, which would require you to travel to multiple destinations in Australia – there are many reasons why travellers choose multi-destination tours.

If you’re interested in seeing these magnificent creatures, you can opt for Hervey Bay or Mooloolaba in Queensland for such an experience. It is available from July to October. These destinations are the center of happenings as every year, more than 30000 whales travel from Antarctica to Queensland’s Fraser Coast and Sunshine Coast. They use these spots for mating, calving and nurturing their young ones. You can join them in guided snorkeling tours. This is one of the few places in the world where you can actually swim with humpback whales. Some of them are even 18 metres long and weigh about 30000 kilograms.

On the other hand, if you wish to see killer whales, the small town of Bremer Bay is the perfect place for it. It is actually the largest place in the southern hemisphere where these whales gather. They congregate every summer in the Bremer Canyon to catch prey, as from January to March, these waters are abundant in killer whale food. As far as the location is concerned, Bremer Bay is located 5.5 hours from Perth or 2 hours from Albany. You can reach it by bus, car or plane. There are two periods during a year when you can go whale watching – from January to April and from July to October. In the first half of the year, you can see orca, sperm whales, pilot whales and sunfish, feasting on all kinds of marine life. Bremer Bay killer whales tours are a perfect way to explore Australian waters and see these majestic whales. Moreover, species such as southern right whales and humpback whales can be seen in the second half of the year.

Moving on to other amazing sea creatures, from June to July, in Cairns in Queensland, you can go for a swim with dwarf minke whales. The Great Barrier Reef is located in Queensland and it is the only known place where these whales aggregate. While the word ‘dwarf’ in their name suggests that they are small, they are, in fact, not. They measure up to 8 metres. These whales are characterized as quite curious animals who love interacting with swimmers.

Off the Ningaloo Coast in Western Australia, you can splash around with whale sharks. The best time to see them is from mid-March to mid-July. These whale sharks are the largest fish in the sea, measuring up to 10 meters. They are filter feeders, which means that they strain plankton through their gills when they are hungry. There is plenty of plankton near the Ningaloo Coast, especially during coral spawning season. You can meet them up close in snorkeling tours from Exmouth. If you’re lucky enough, you might even get to see humpback whales at the same time.

In New South Wales, off the Montague Island, from the town of Narooma, you can get to Montague Island Nature Reserve, where you can meet over 90 species of seabird and at the same time swim with the Australian fur seal, which is the largest seal in the world. These fur seals are known to be frisky and curious, so you can expect a few really close encounters. The good news is that you can do this all year round. However, from May to November you can even expect to see southern right and humpback whales as well.

Who doesn’t want to ride the waves with the dolphins? Well, in a few destinations in Australia, you can do just that. These destinations include Port Stephens (from October to April), Bunbury (November to April) and Port Phillip Bay (September through March). As you probably know, dolphins are very friendly and curious, so you can expect to quickly become a part of their pod in water.

If you like turtles, you can snorkel with them in various places such as the Great Barrier Reef, Lady Elliot Island, as well as a few other islands and also Southern Great Barrier Reef and others. There are a few types of turtles you can see including the loggerhead turtle, green and flatback turtles.

Furthermore, sea lions can be spotted off the Eyre Peninsula in South Australia and Jurien Bay in Western Australia, all year round. Sea lions have large flippers that they use for walking. When you meet them in water, they tend to backflip, somersault and blow bubbles. They are very playful and often referred to as the puppies of the sea.

As you can see, there is plenty of marine life to explore in Australia, and this is just a list kept short – there are many other amusing marine creatures you can meet.